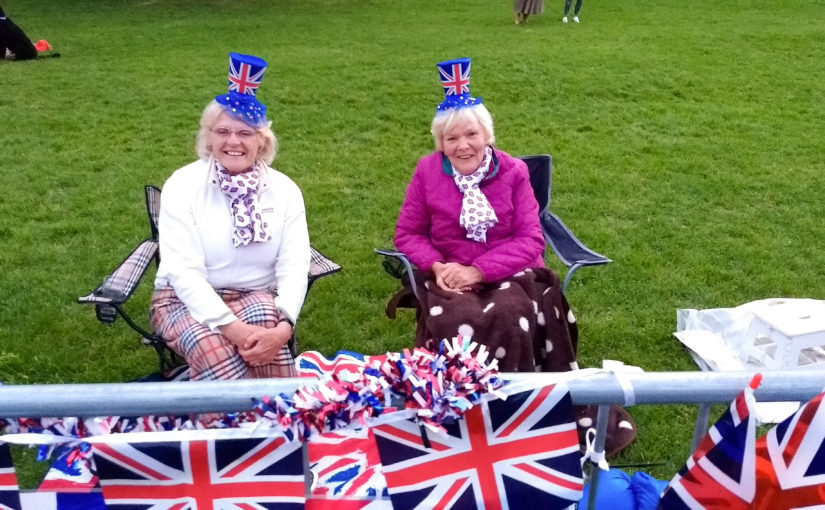 This article was published in The Hindu.

“Are you excited about Harry’s wedding?” asked my mum-in-law. Was Harry a family member I’d forgotten about? “Err sure, when is it again?” I was mocked mercilessly for my failure to be tuned into the Wedding of the Year. The British adoration of its royalty centuries post any real political power puzzles me.

On the eve of the big day, the Slough station car park had transformed into a giant Coachella-style ground complete with marquees, queue managers, massive LCD screens, food stalls and tens of security guards in high-vis jackets. The only train into Windsor & Eton Central station next to the castle, is from Slough, which is accessible from Central London.

Utterly curious to see what all the fuss was about, we walked into Windsor the evening before the wedding. The scenic trek along the Jubilee river takes about 45 minutes from Slough. The route took us through the Eton College cricket ground where nothing seemed out of the ordinary. Just some boys kicking a ball around. “This is where Harry went to school, you know. You can now say you saw the grounds where he played football growing up,” my very English friend piped in helpfully.

The moment we walked into the vicinity of the castle the atmosphere was palpably electric. It was brimming with people – children, teenagers, grandparents, and as many posh dog breeds as you can imagine. The usually open and welcoming grounds were cordoned off, with crowd patrollers politely telling people to kindly get on the pavements and stay there. It was reminiscent of walking through Park Street in Kolkata on Christmas Day. Or Andheri station on a Tuesday. 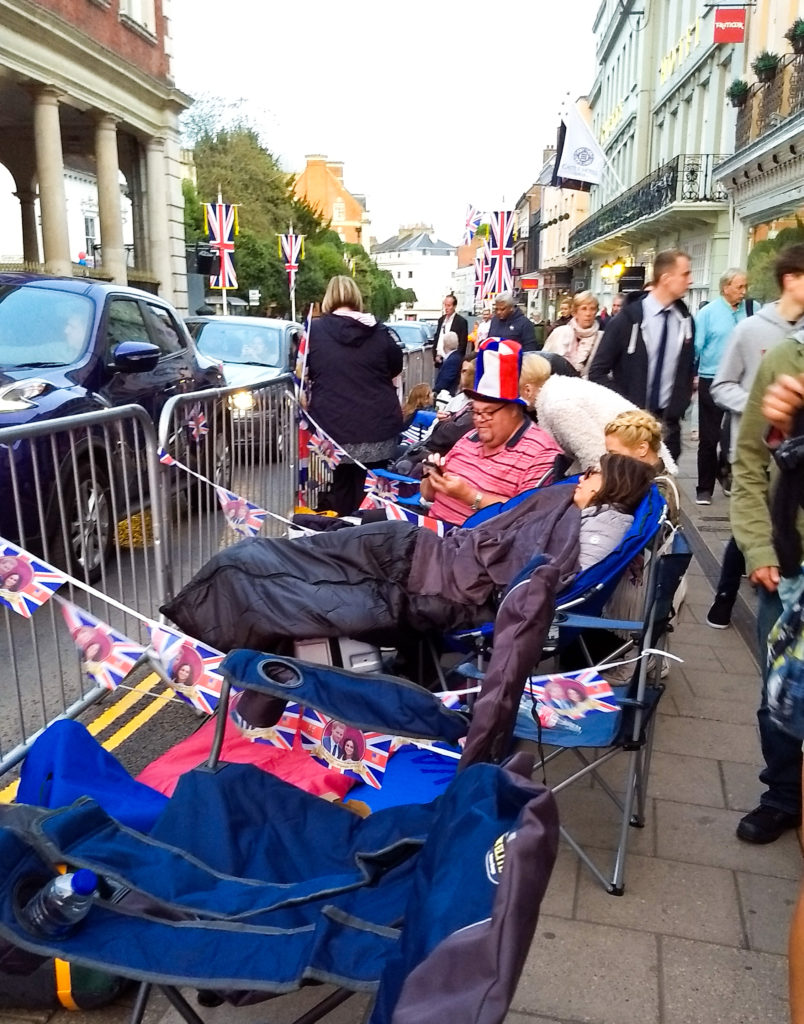 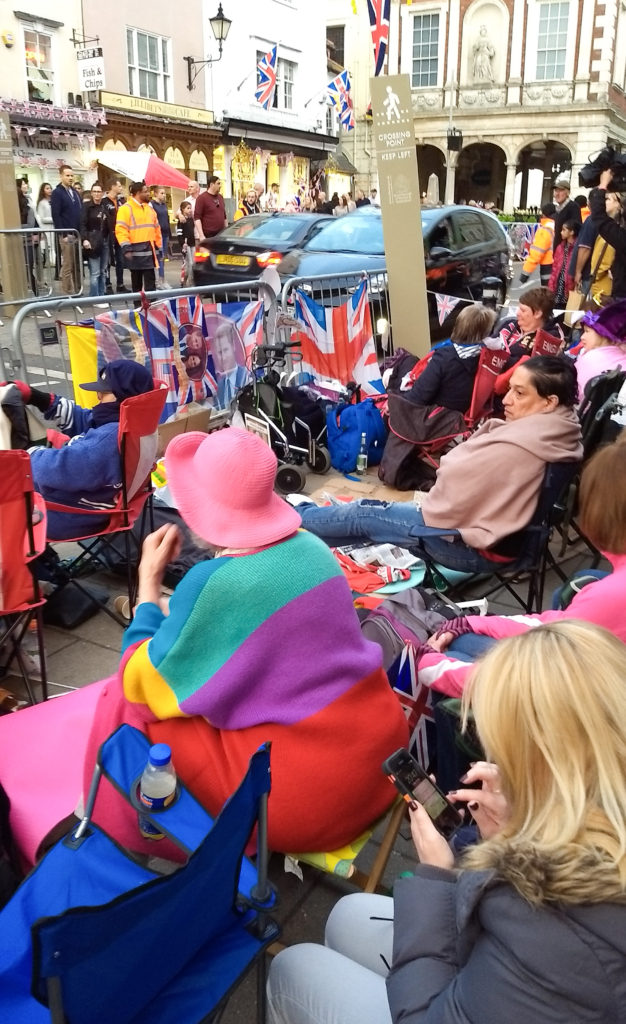 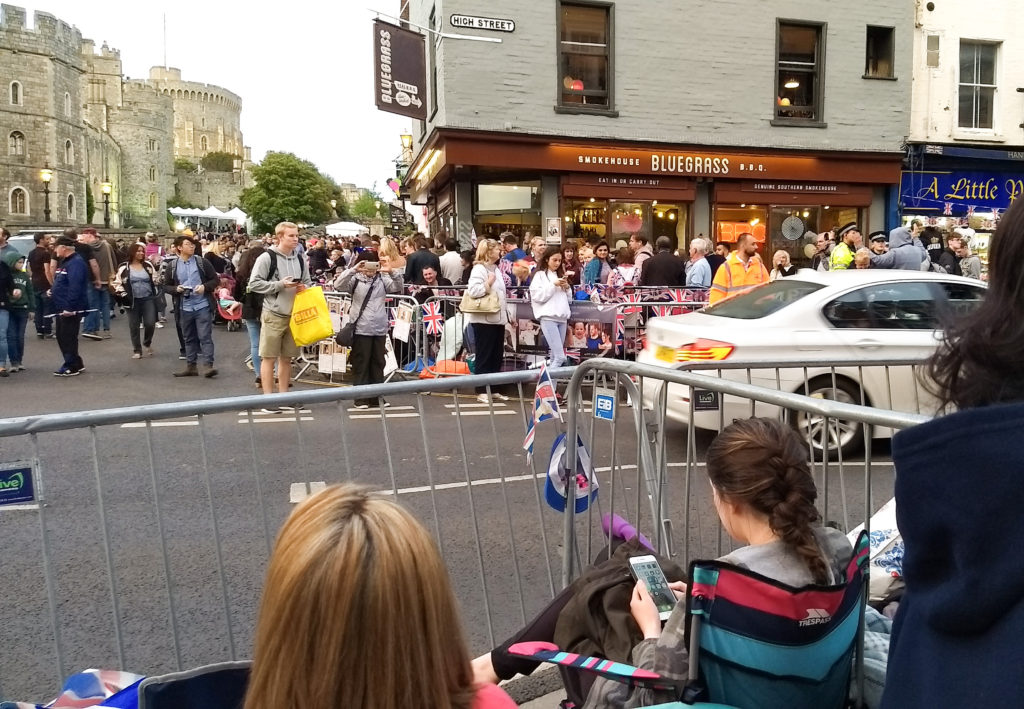 Windsor had metamorphosed into a carnival. People were dressed in Union Jack jackets waving tiny flags as they walk around the castle. Young boys wore oversized Harry masks, and excited little girls squealed on their dads’ shoulders.

They may be known for their stiff upper lip, but boy, show the English a tiara and it seems to turn them to mush.

Every conversation was about Meghan staying at Cliveden House or where Kate was sleeping that night. Everywhere you looked, cameras and journalists were setting up. Fancy television sets had been erected for the special live broadcasts to discuss the elements of the wedding dress. Hawkers were having the best day selling overpriced memorabilia to tourists. 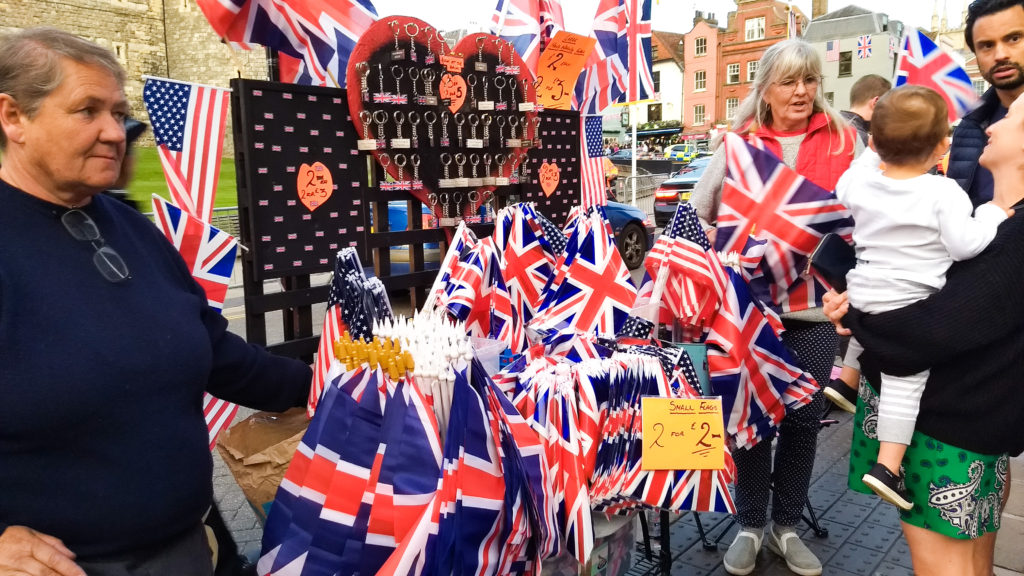 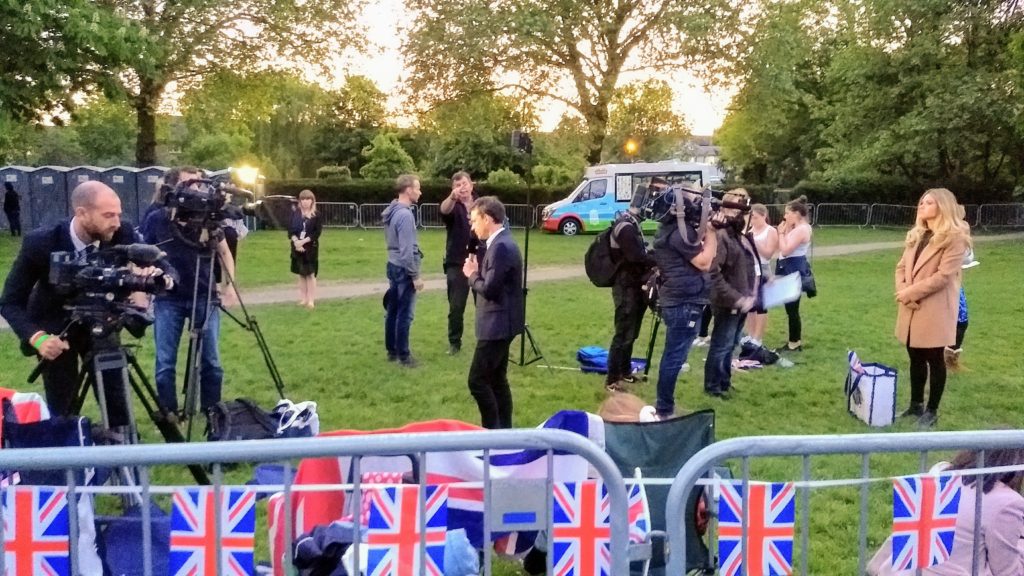 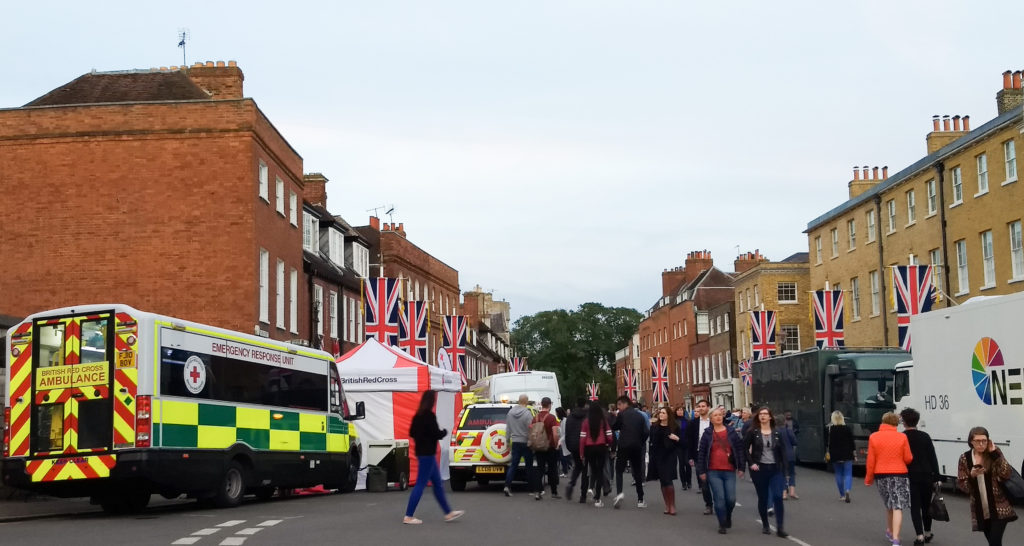 This was a 15-minutes-of-fame opportunity, and a couple ploughing the street in a beat-up Saab convertible didn’t let that pass by. Painted in the brightest colours and decked with party decoration, they smiled and waved from their seats for the barrage of Instagram accounts. 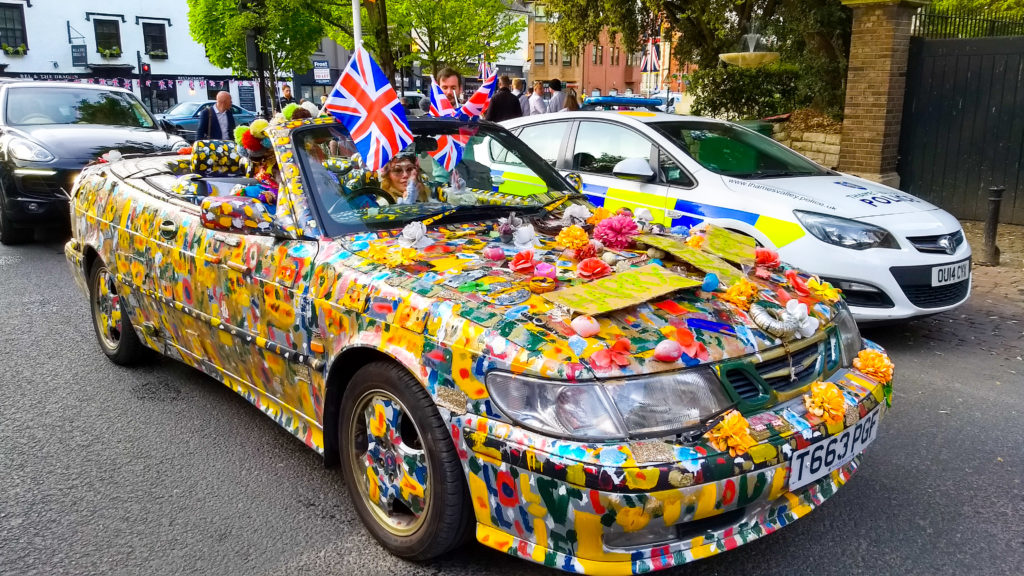 Then there was the dude dressed in the Union Jack from head to toe, the grandmas camping outdoors all night to catch a glimpse of the new Duchess on her post-wedding procession, and the kids sleeping in their plastic purple princess castles. 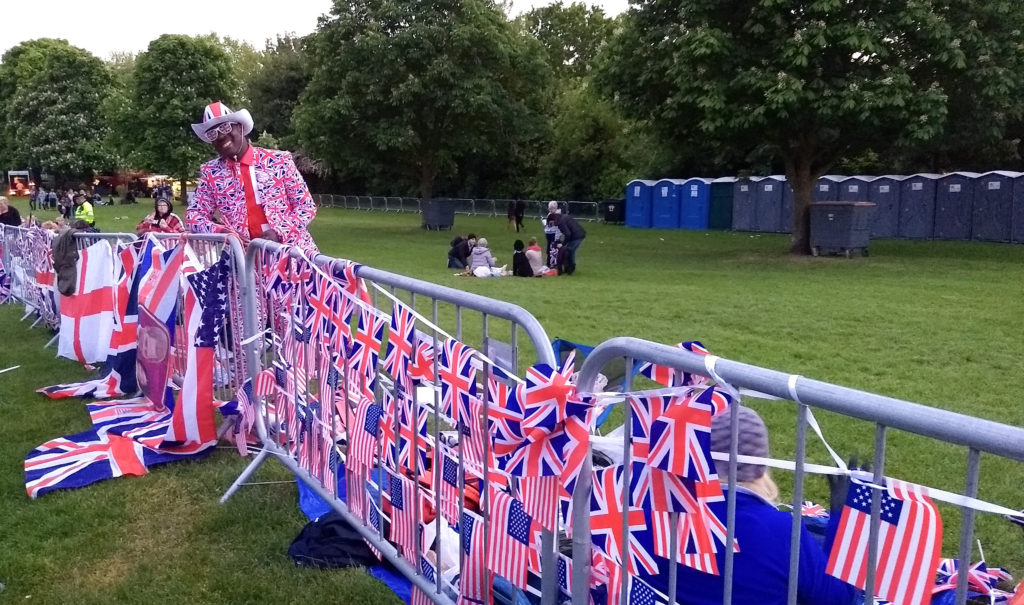 We were slowly but forcefully nudged towards the ‘Long Walk’ among a sea of a thousand other people. On a normal day, the 4.24 km Long Walk is flanked by manicured lawns, woods and free-range deer. It offers a gorgeous view of the Copper Horse Statue of King George III from the castle gate, and one of the Windsor Castle from the other end.

On this special day, it was lined with double-barriers, port-a-loos, armed security, emergency services, endless bunting, and paintings that school children had lovingly made for the new favourite couple in town. There was representation from the Commonwealth and USA, “approving” this union. I was well and truly stunned at this veneration. 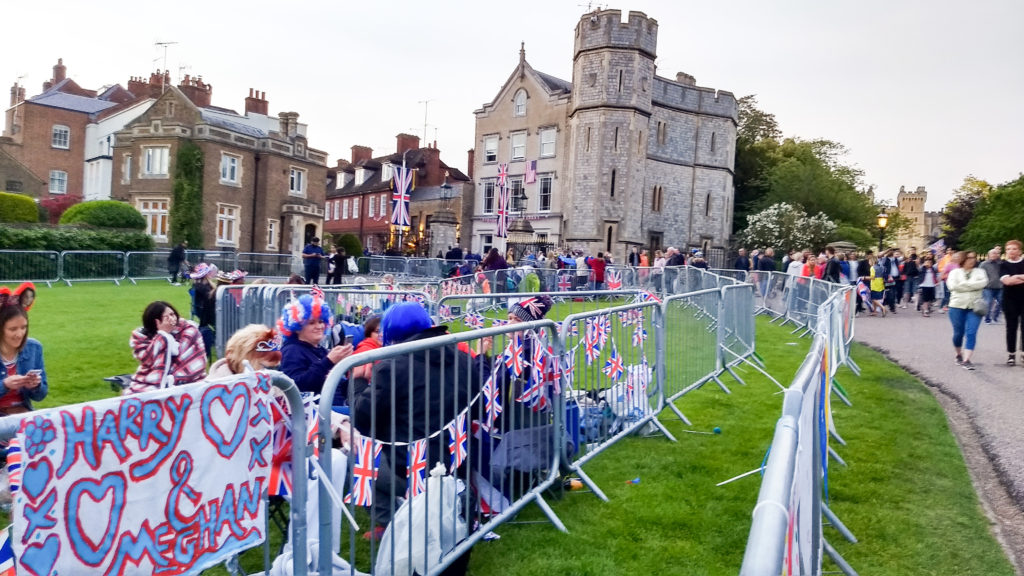 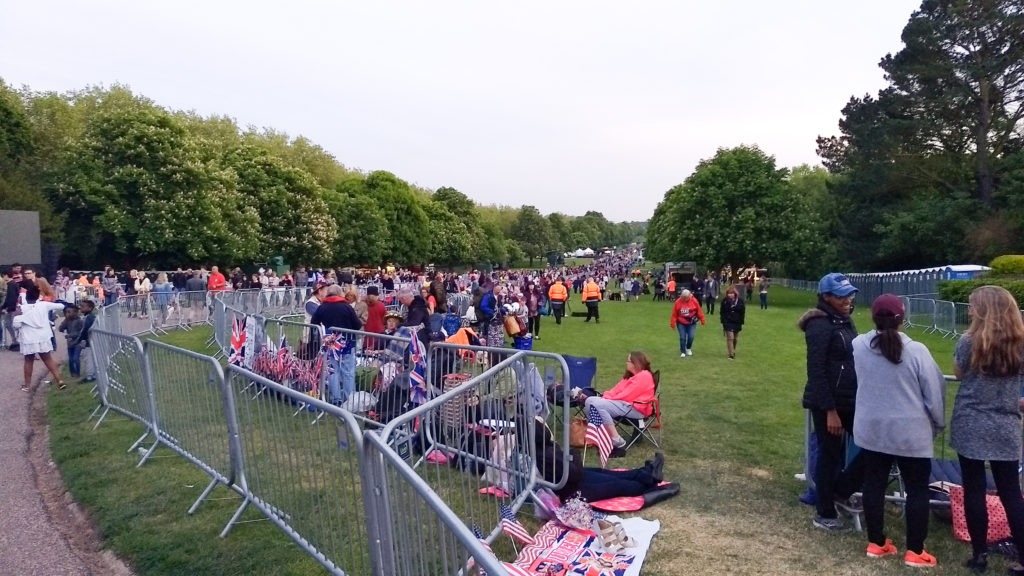 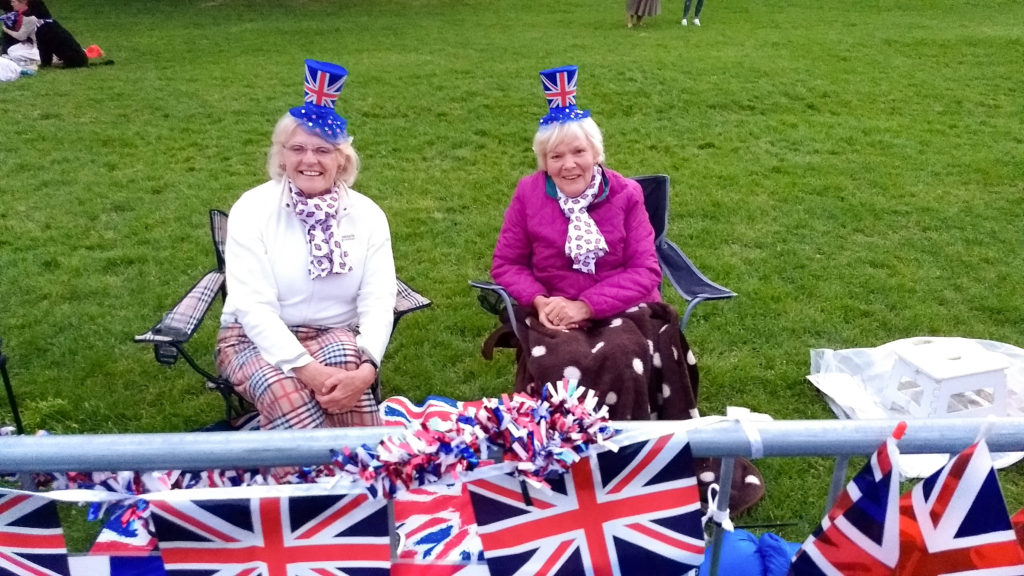 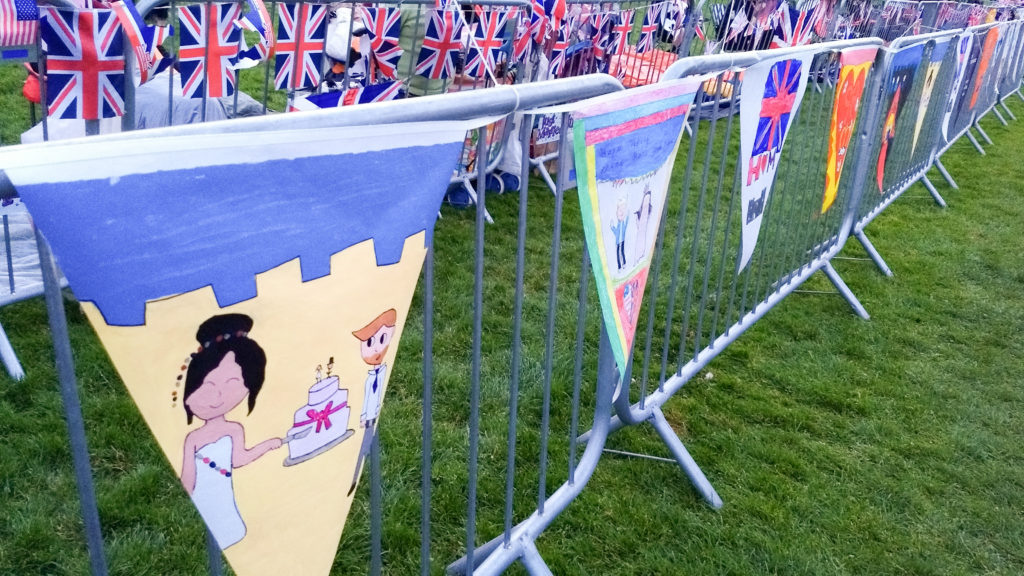 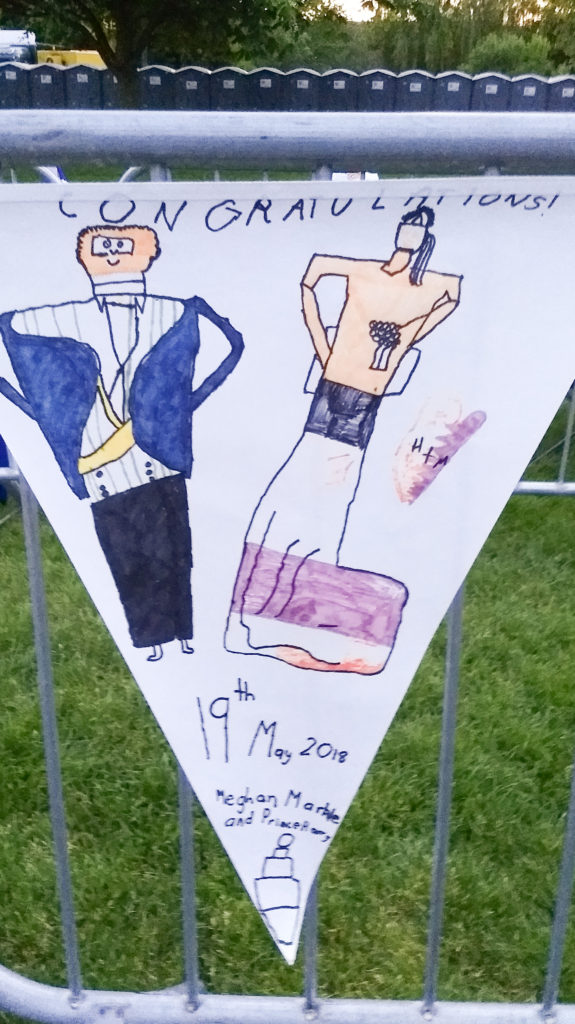 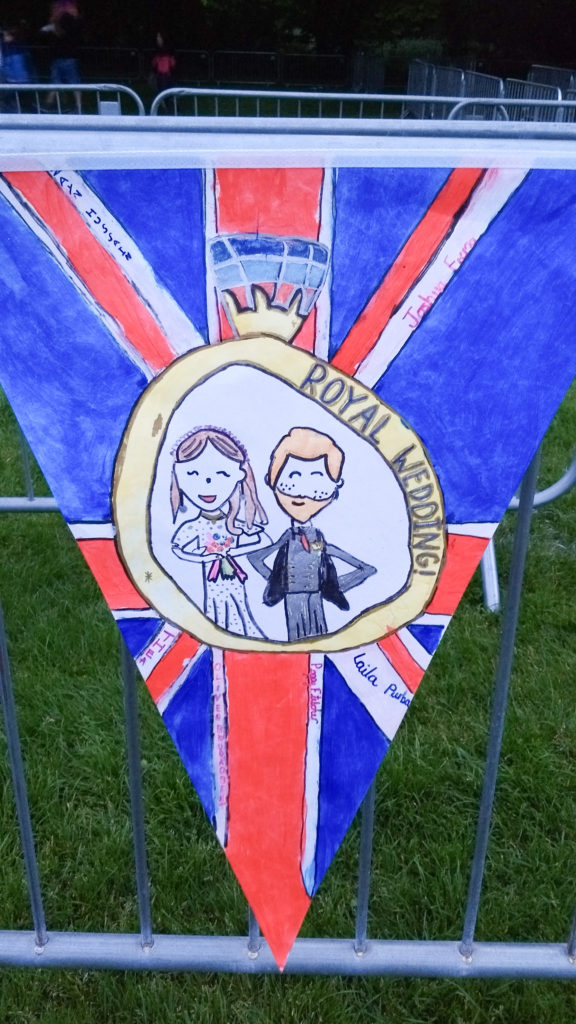 “I don’t understand this, why would people camp outside all night – it’s just a wedding!”

“Tell me again about the Kollywood actor for whom people wake up at 4am to pour milk over his posters?”

I’ll admit to catching the live streamed wedding on YouTube the next day, and maybe my eye-rolling gave way to an emotional tear as Charles walked Meghan down the aisle. For it was a celebration of true love, the kind that comes along once in a lifetime. That’s what the public celebrates – something to uphold, to revere, to admire.

3 thoughts on “All The Royal Fuss”