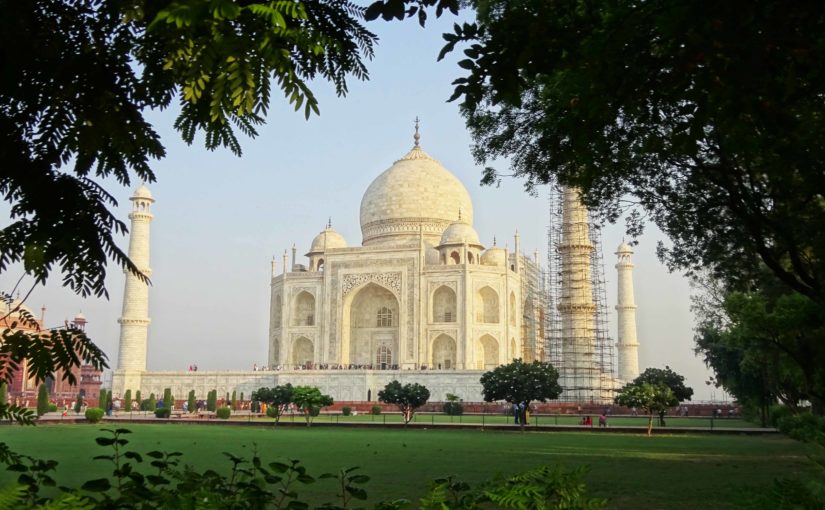 Ticket guy at Taj Mahal: You have to pay 1,000 rupees for the ticket madam.

Me: But….that’s the foreigners ticket price. The Indian ticket is 40 rupees.

Guy: How do I know that? You look like you could be a foreigner.

Me: But…what? We’re literally the same race! What?!

Guy: Can you prove you are Indian?

Guy: Whatever. Can you prove you are an Indian citizen?

Guy: I need to see your passport.

Me: Who brings their passport to the Taj! I’ve left it in the hotel!

Guy: Have you got your Aadhaar Card?

Guy: In that case please pay 1,000 rupees for a foreigner ticket.

I had been up since 4am to catch the sunrise over the Taj Mahal, managed to wake a sleepy auto driver to take me there in the dark, got to the counter well before it opened, and was mighty proud to be the first in the Indian ladies queue. There are 4 queues – Indian men, Indian women, foreign men, foreign women. Besides me, there were some scruffy hippie Aussie tourists who looked like they had camped outside the Taj to be able to beat the morning lines.

The encounter with the ticket guy made for a rather sour beginning to my first experience of the Taj Mahal – and I knew this could probably be the only time I ever came. My guess is that they get a whole lot of Indian-origin foreign citizens who try to get away with paying the measly Indian rate, which is why I was questioned. Fortunately I had a scanned copy of my passport on my phone, and they finally gave me a 40 rupee ticket when people behind me began getting a bit agitated.

The previous evening, we had caught a glimpse of the world-famous structure from the hotel roof. Not the best first impression! 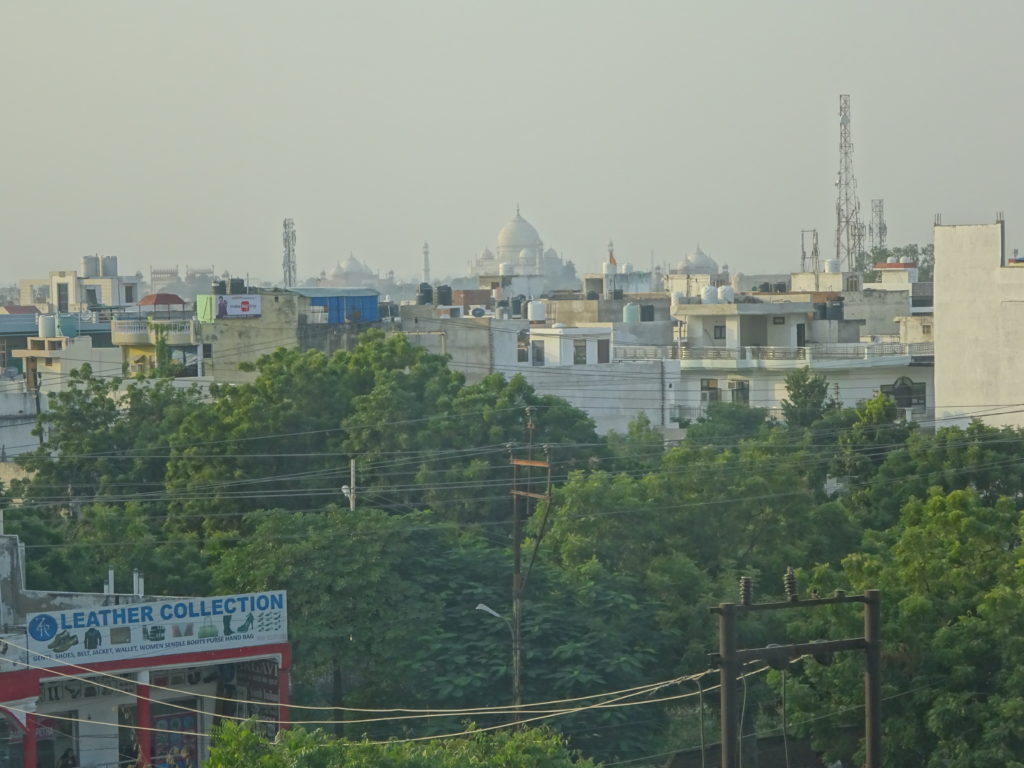 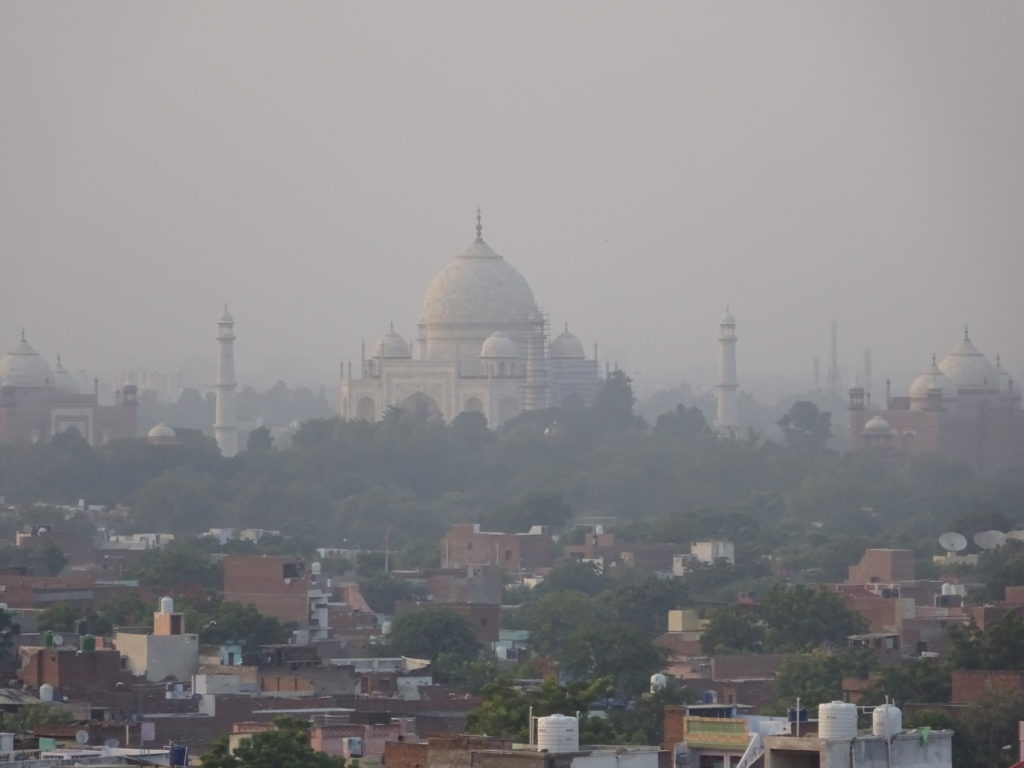 The East and West Gates open at 6.30am – we queued at the ticket counter (which opens at 5.45) on the East Gate, which is about 1 kilometre from the actual gate into the monument. Once you’ve purchased your tickets, you get a water bottle and shoe covers which you are to use to hold your footwear before you step on the marble. Then, it’s absolute madness as you have to either leg it to the gate, or take one of the rickshaws/electric golf buggies there. There are no systems or queues or signs, and you just have to rush past others to get a seat on the buggy for 50 rupees per person.

At this point, the Aussies had started to have a tiny panic attack, because they searched for a queue or someone to tell them what to do.

Once you get to the gate, you queue once again in 4 separate lines, and security comes along to punch your tickets and check your belongings. Remember you cannot carry sharp objects or food, so only take the bare minimum you need to.

Once again, I got asked if I was Indian, but they let me through when I spoke to them in rapid Hindi. Then the gate opens at 6.30 – but wait, there’s more security and you have to put your bags through a scanner. The sun had already risen by now and the English lads alongside me were beginning to showcase their swear-y vocabulary.

Then they ran like the wind to get pictures of the Taj before other people could ruin their shots. And even though I was one of the first people in,  I was too late. 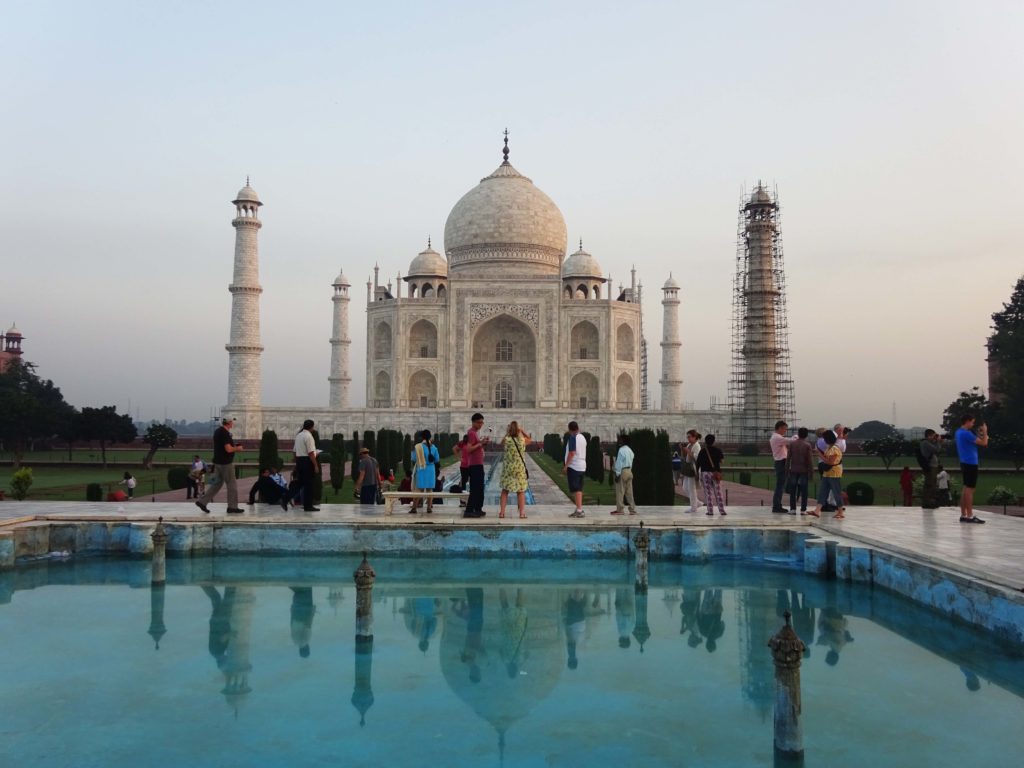 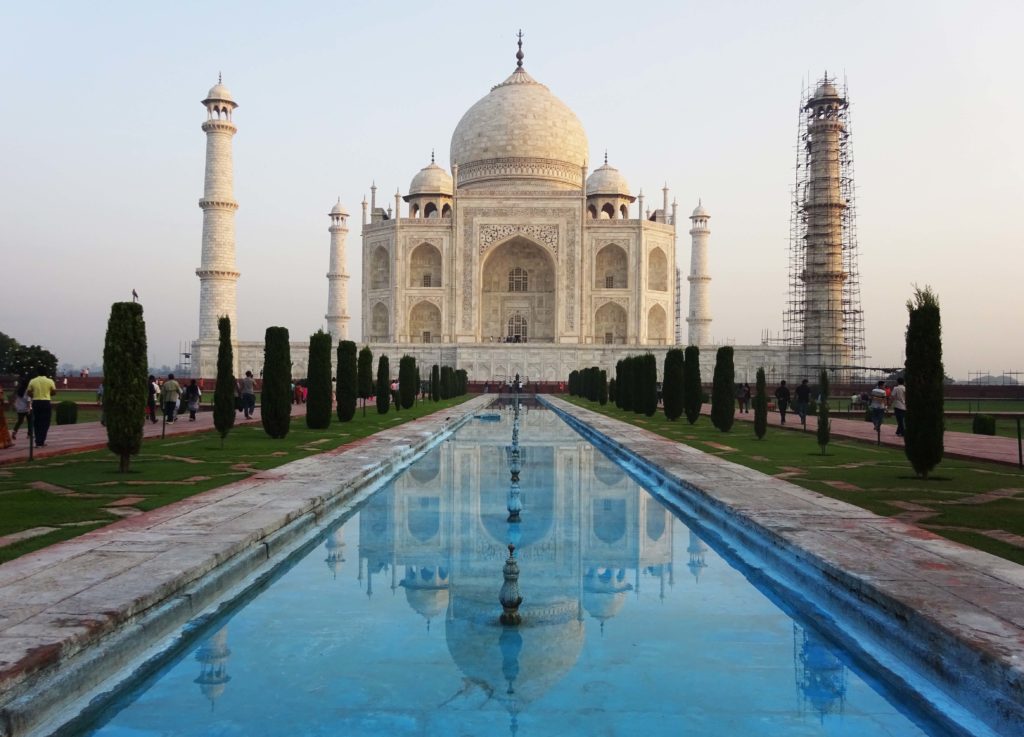 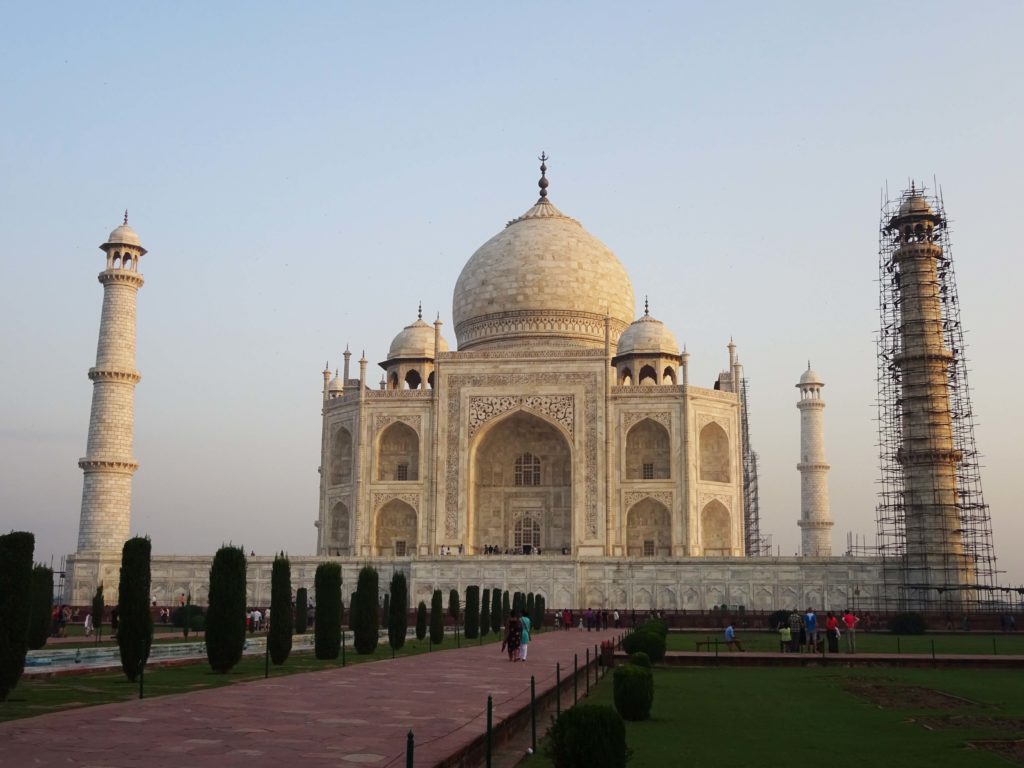 The Taj Mahal is an indescribably beautiful structure. How much Shah Jahan must have loved his wife! This mausoleum is the crowning glory of Mughal architecture. It’s been designed to inspire awe, and it does exactly that. Its impressive beauty is in its symmetry, geometry, scale, surrounding features, fountains and gardens. Watching the rising sun light it up is completely worth the early morning hassle. 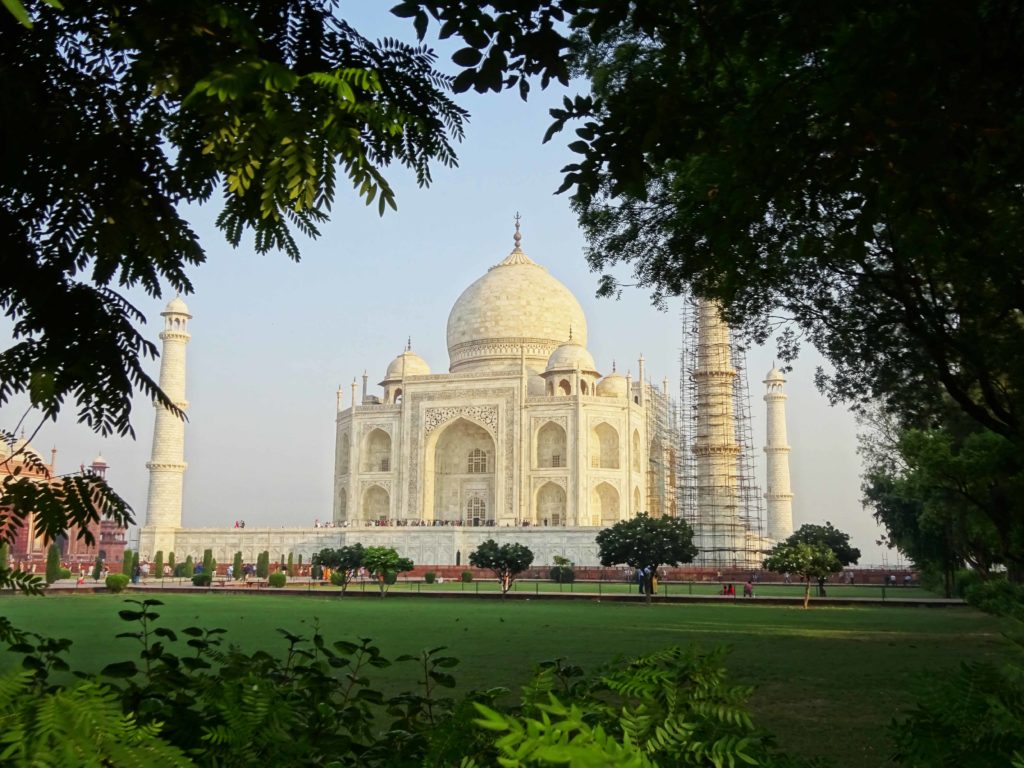 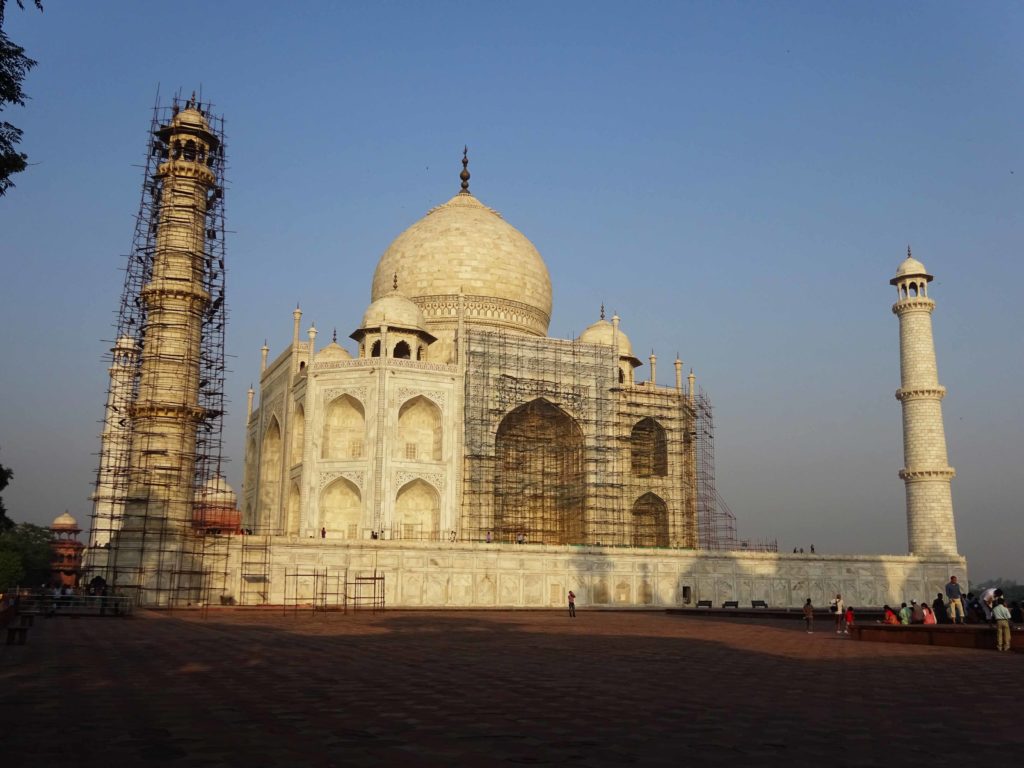 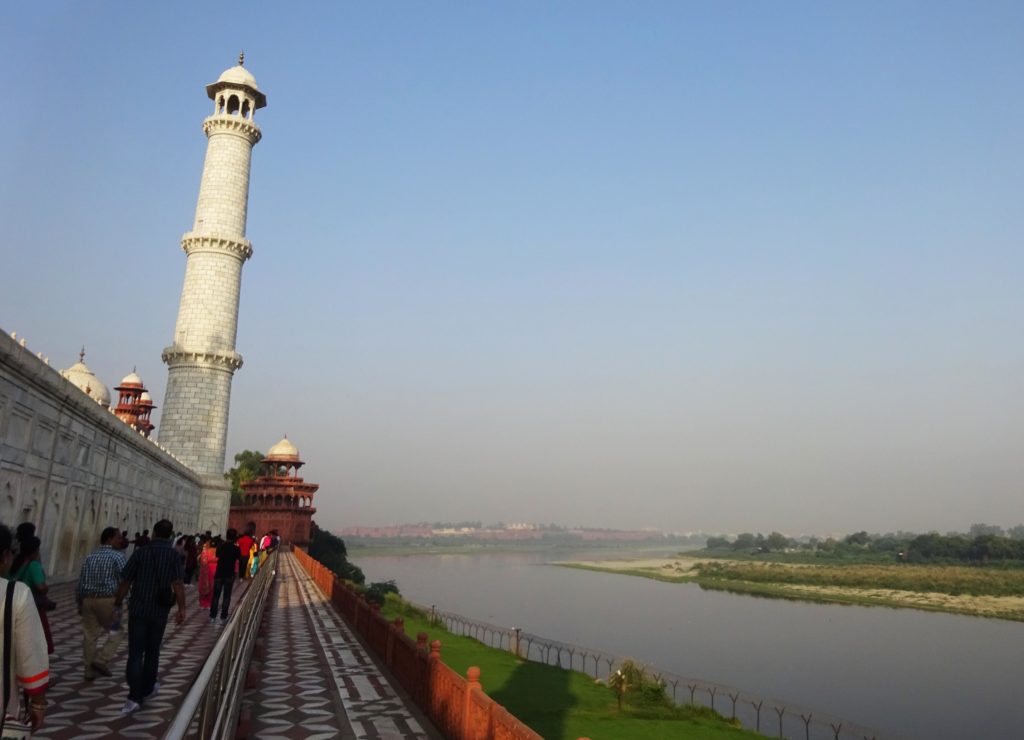 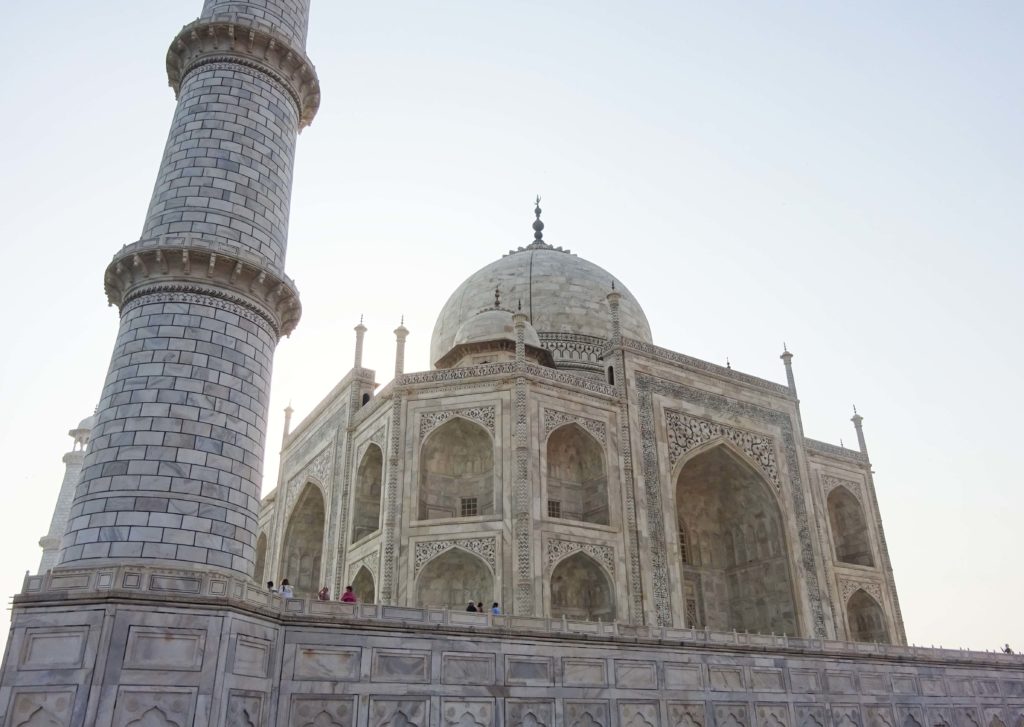 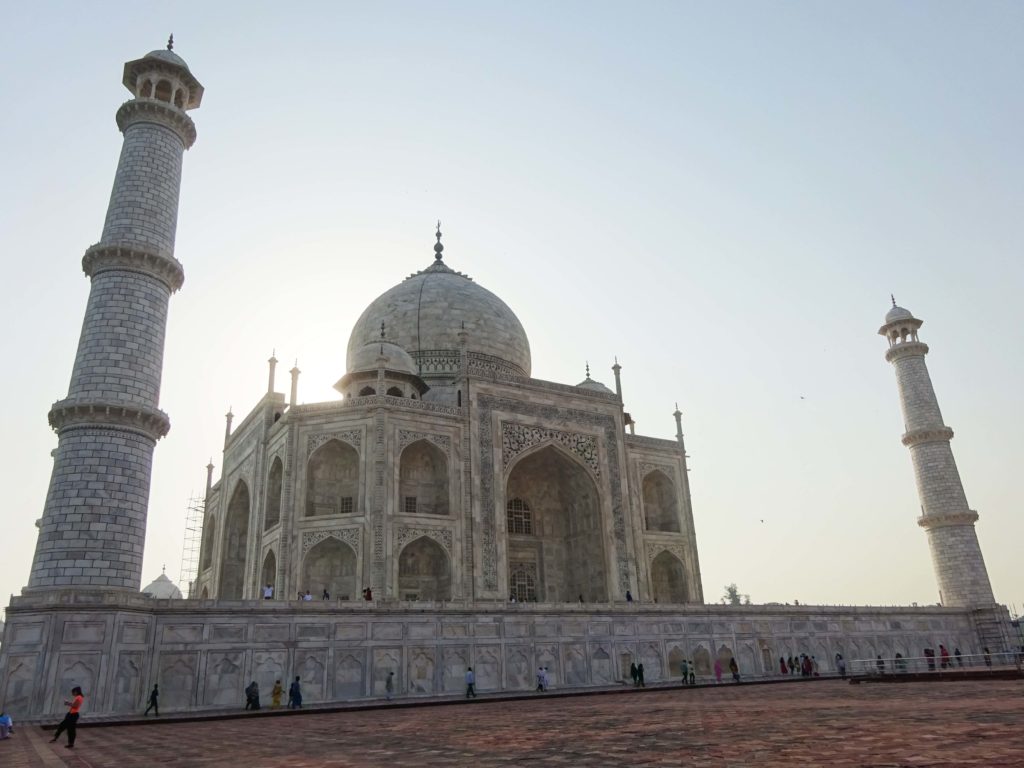 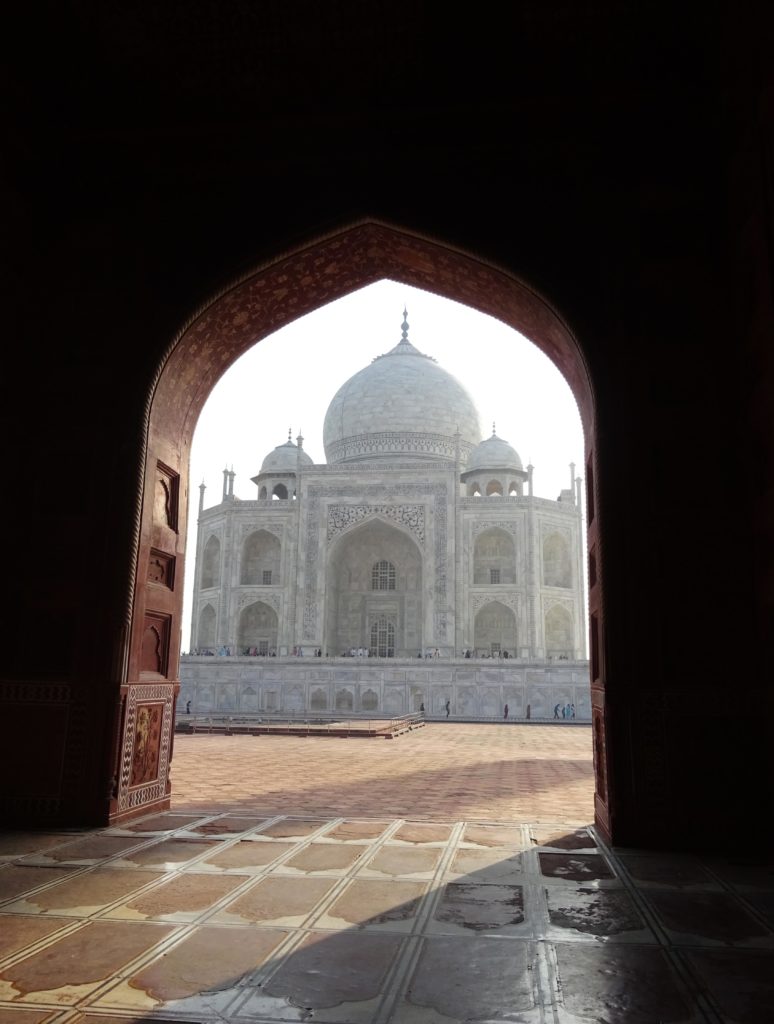 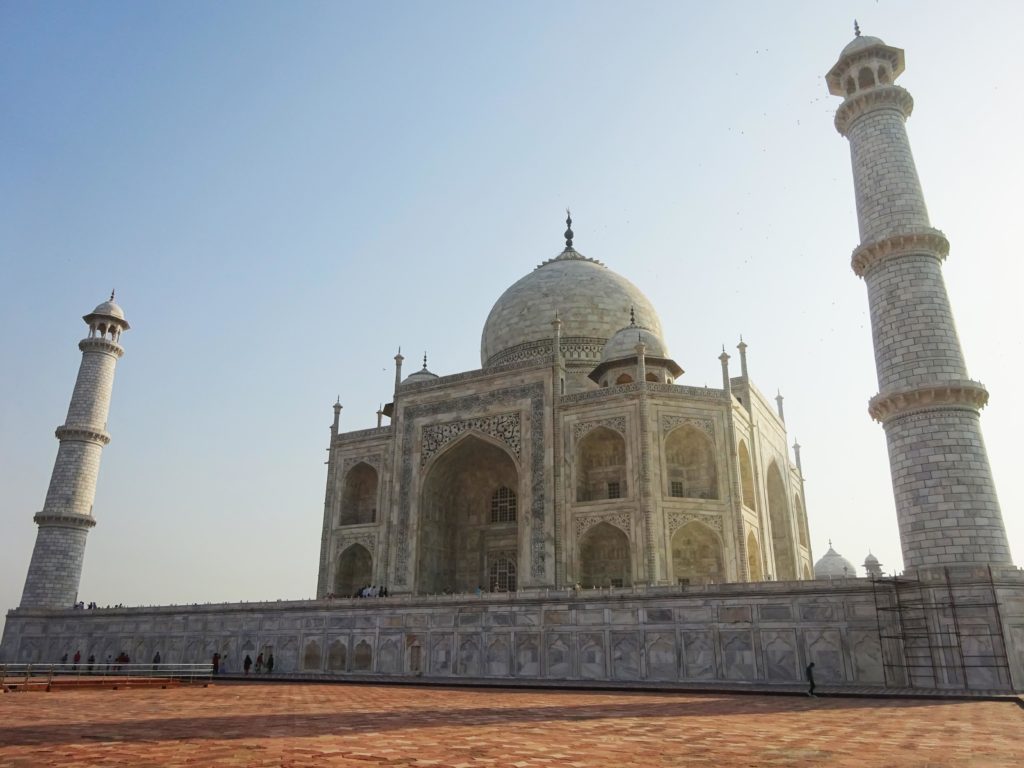 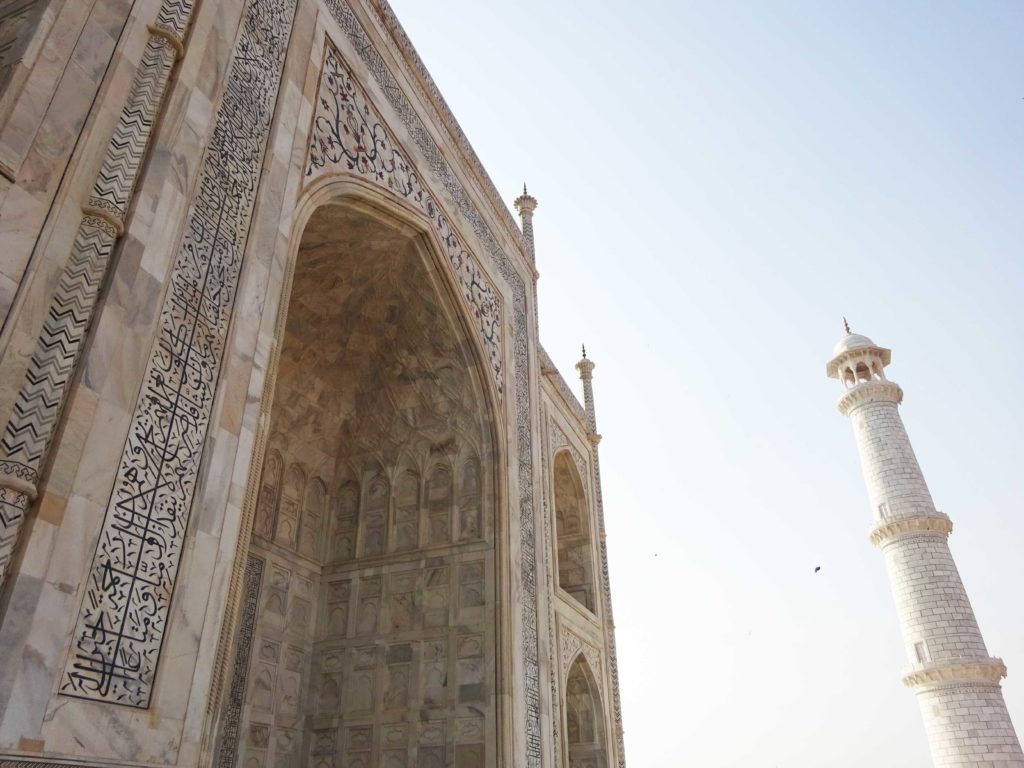 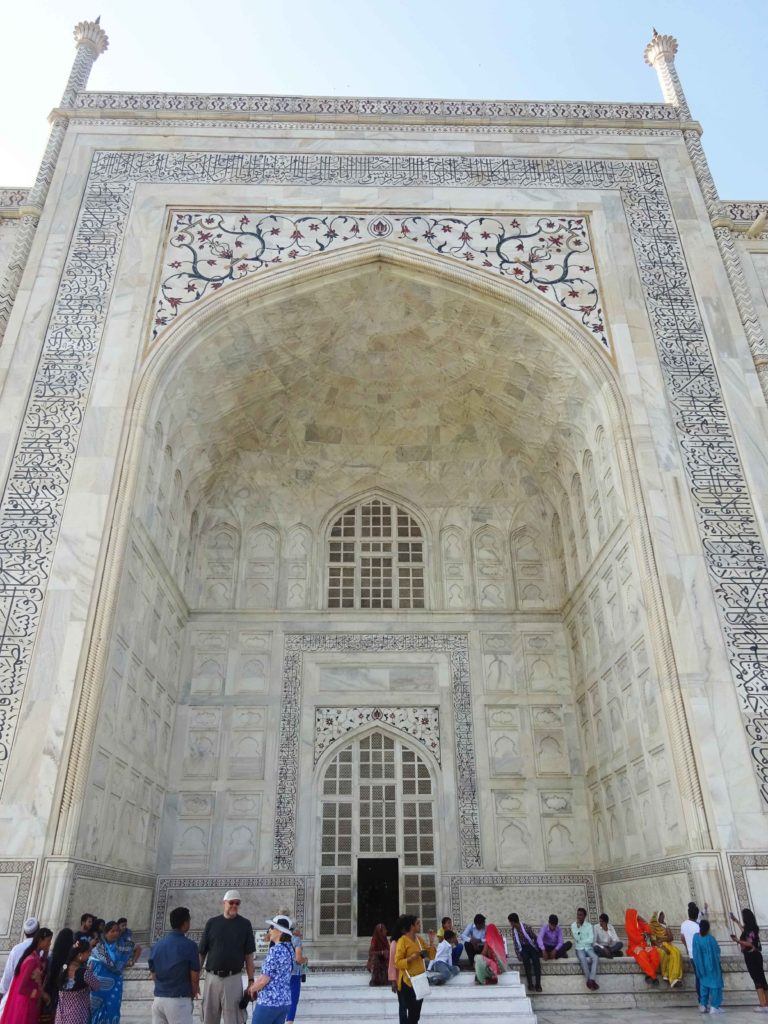 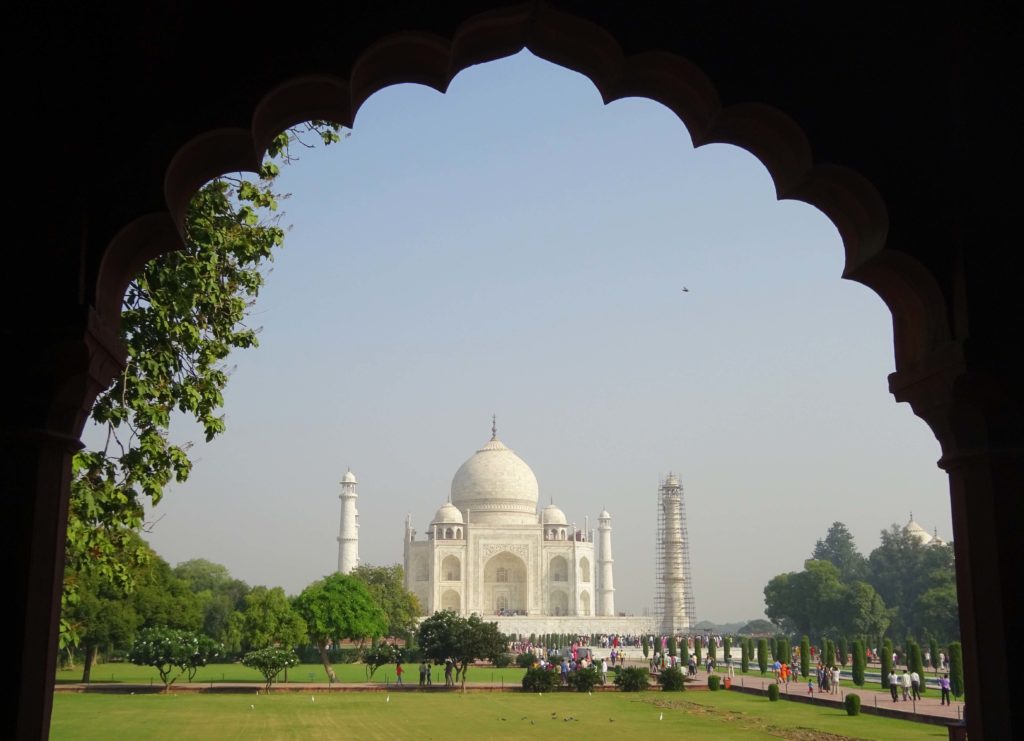 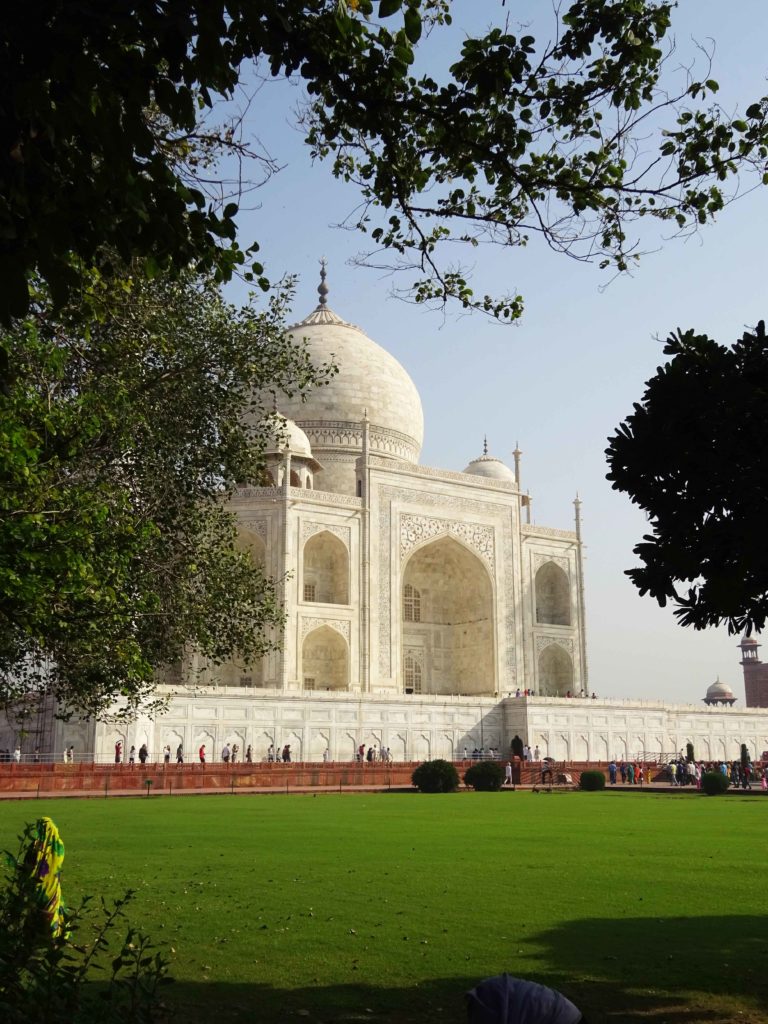 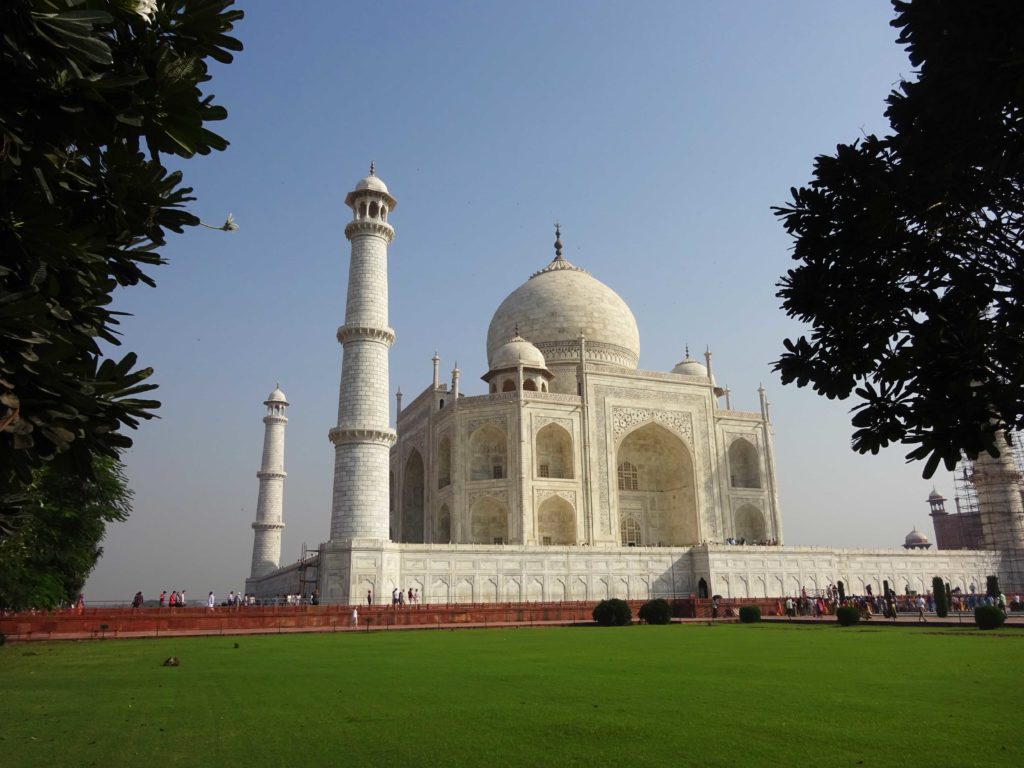 We downloaded the Taj audio tour from AudioCompass which gave us the ability to wander around at our own pace. We took a good three hours admiring the various structures, architectural details and unique marble inlay work. 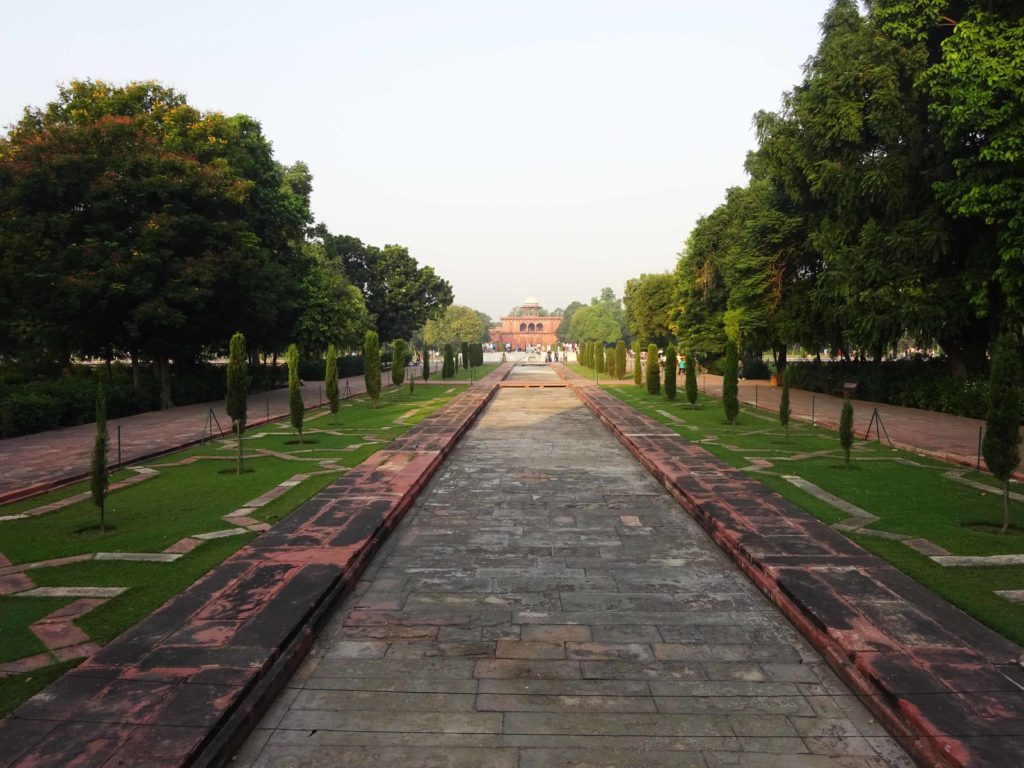 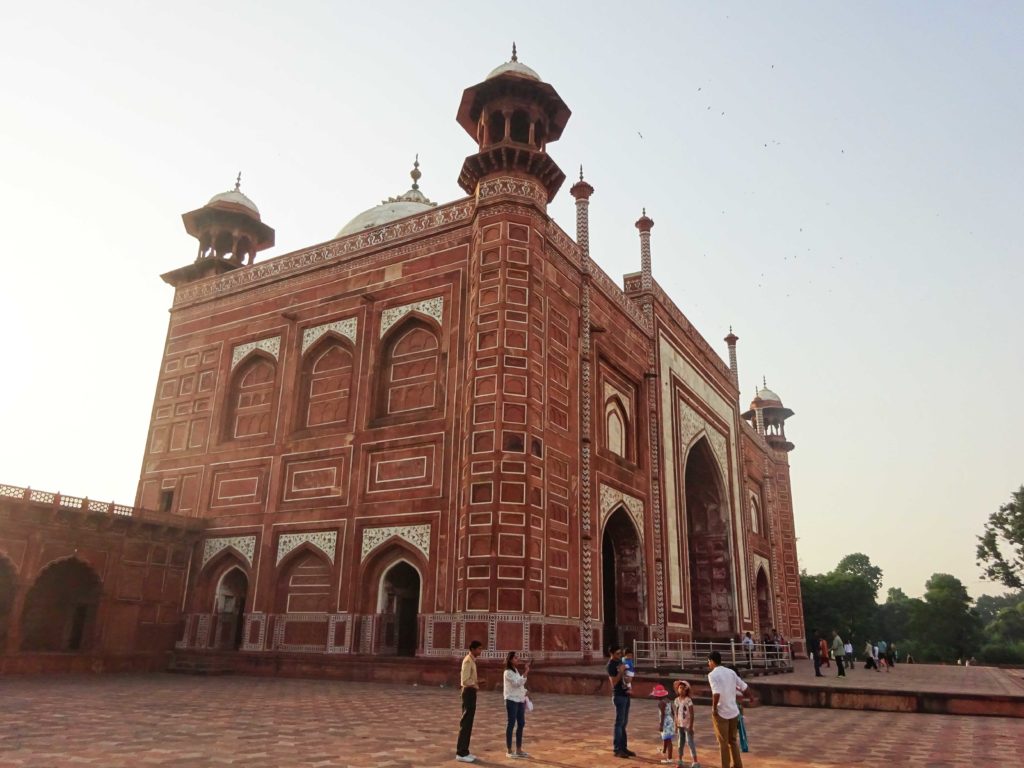 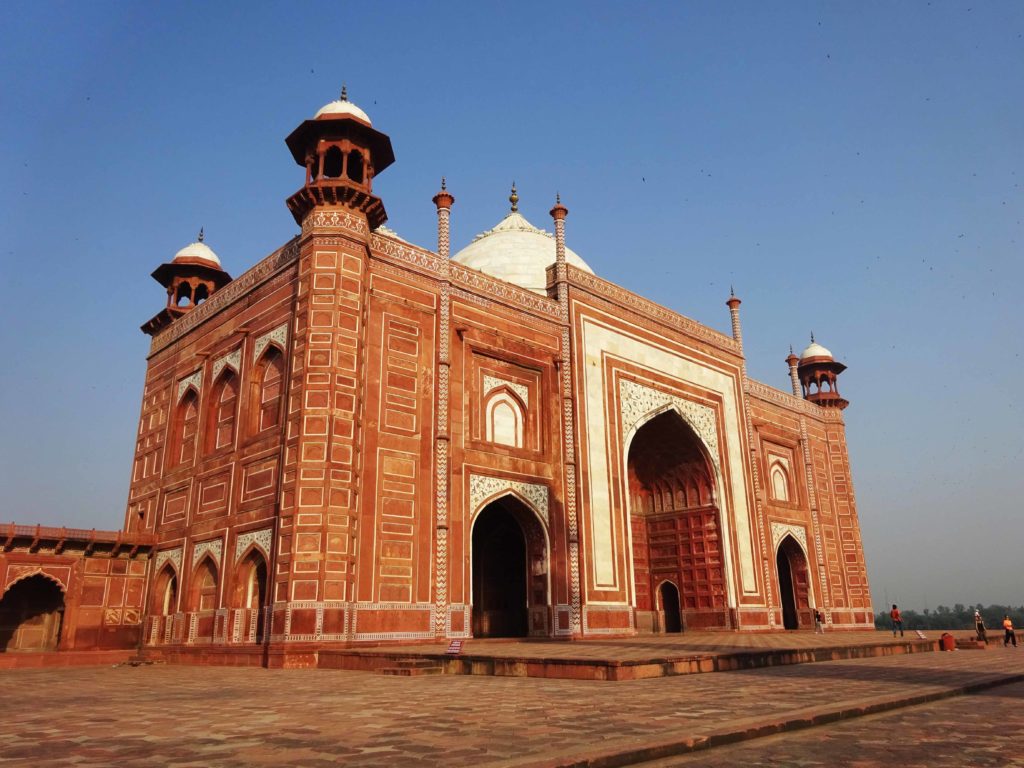 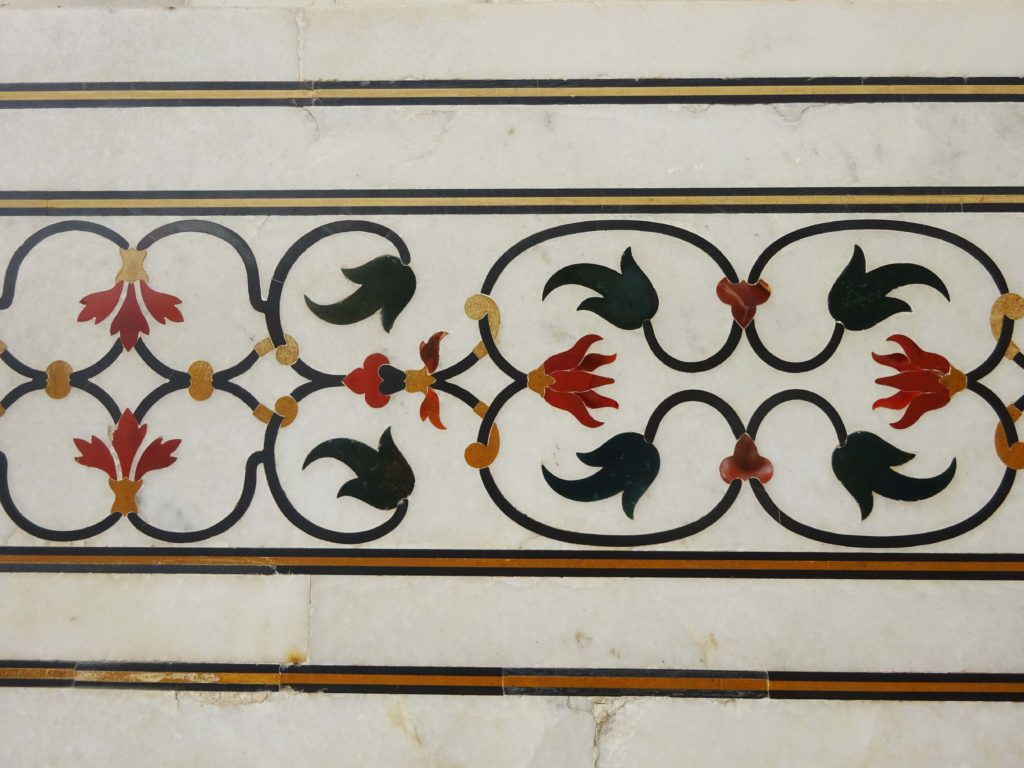 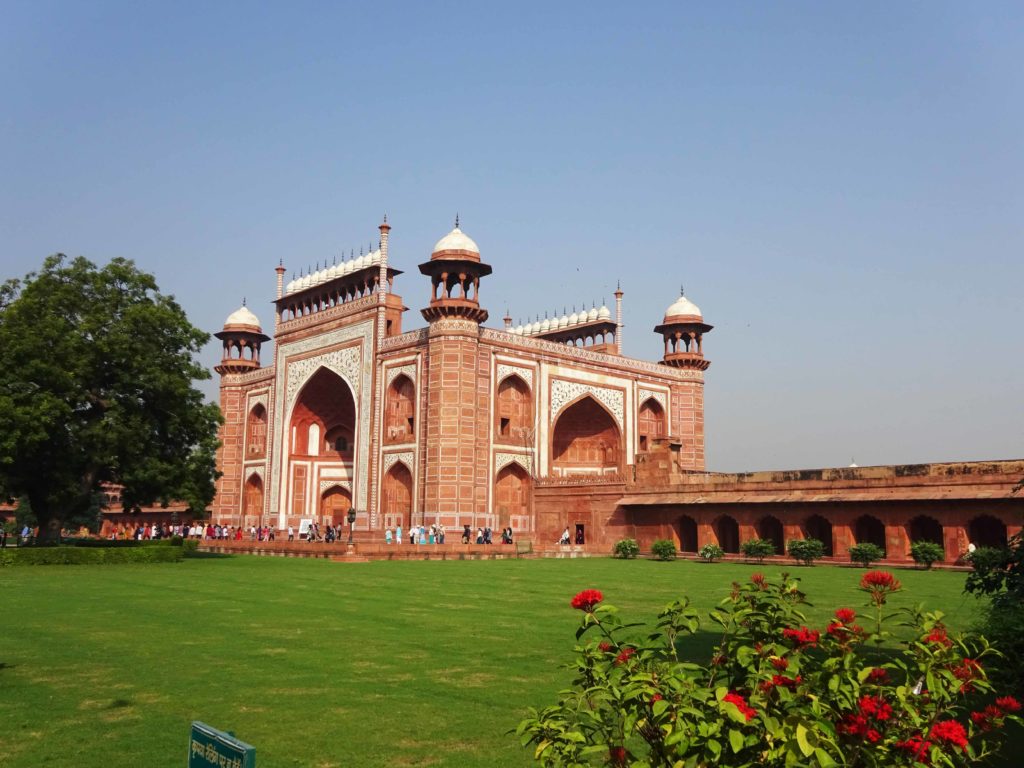 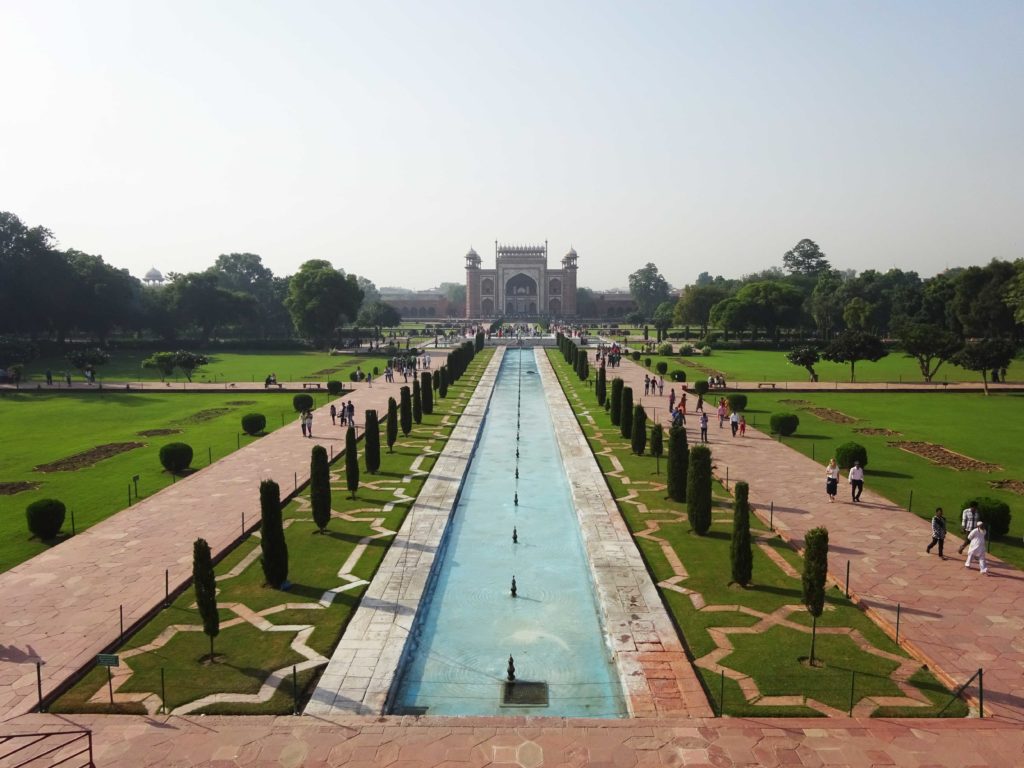 The most exciting part was the troop of monkeys that decide to vandalise the fountains, shake out the trees and rummage through the gardens, while the gardeners chased after them with sticks! 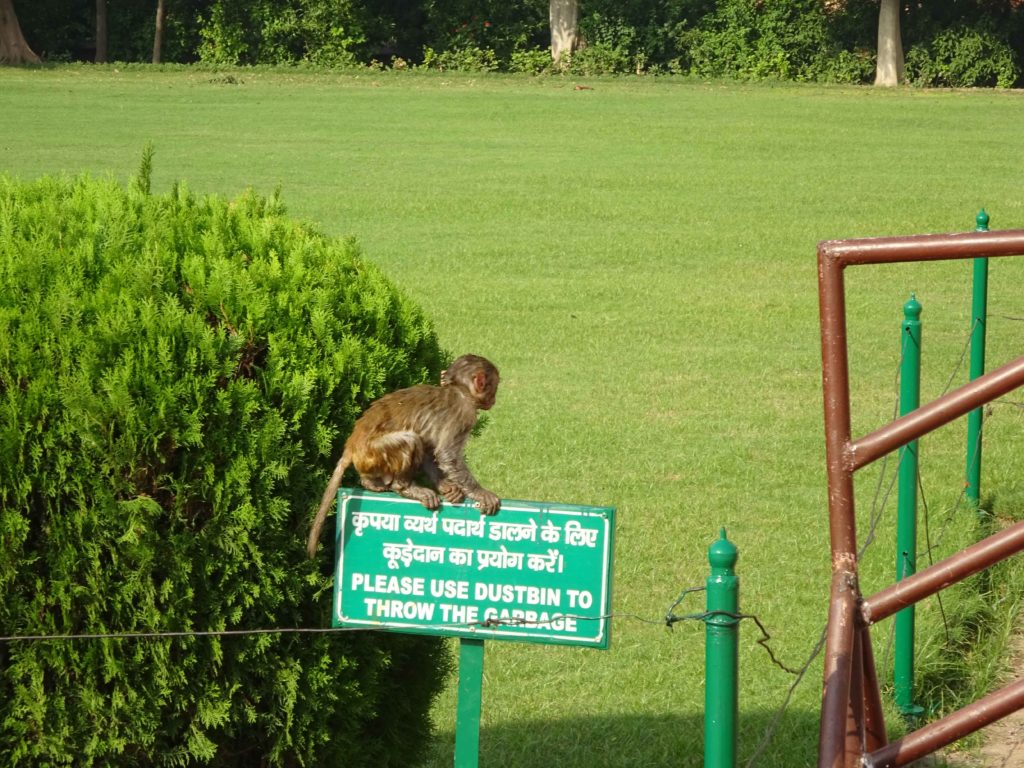 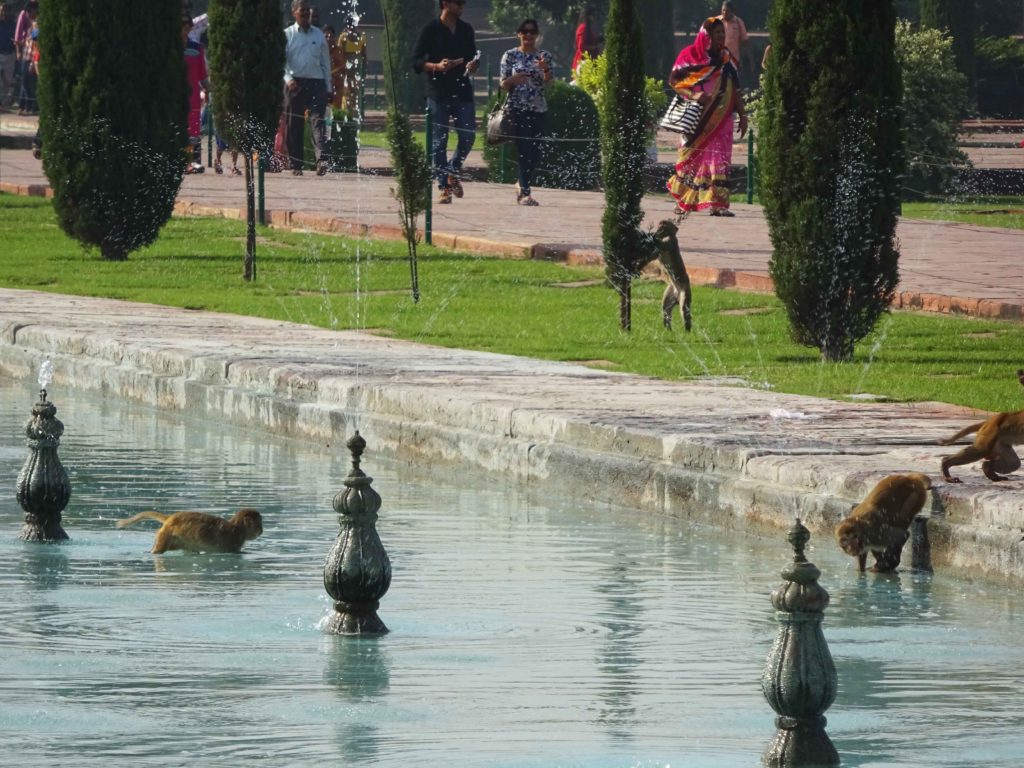 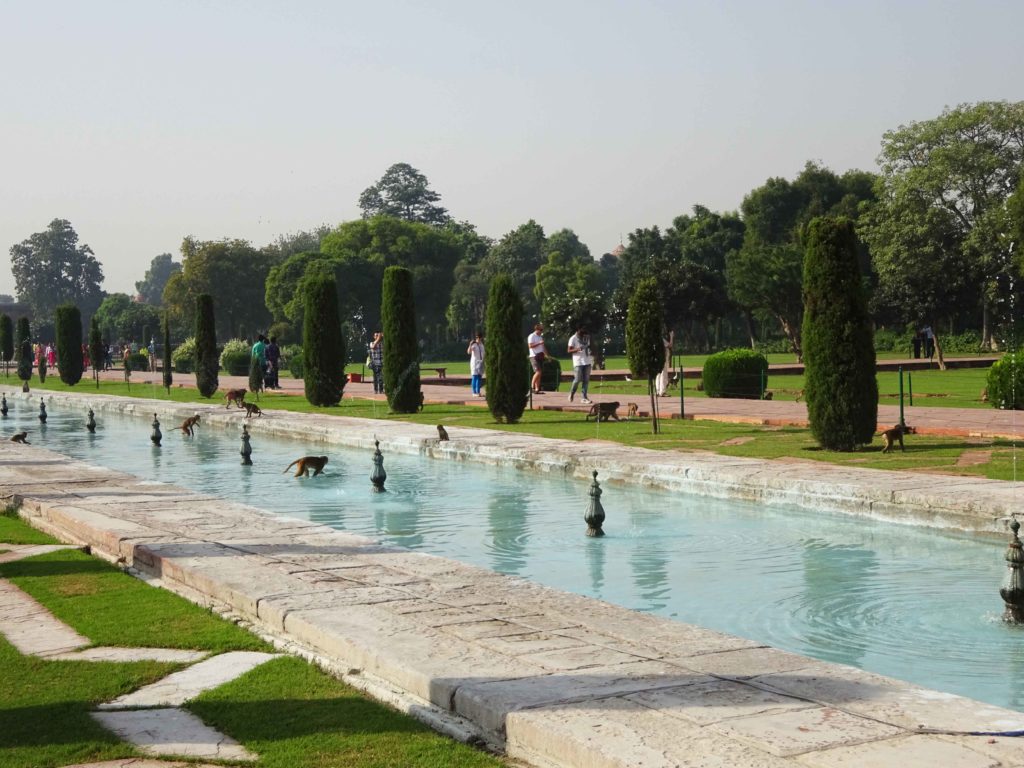 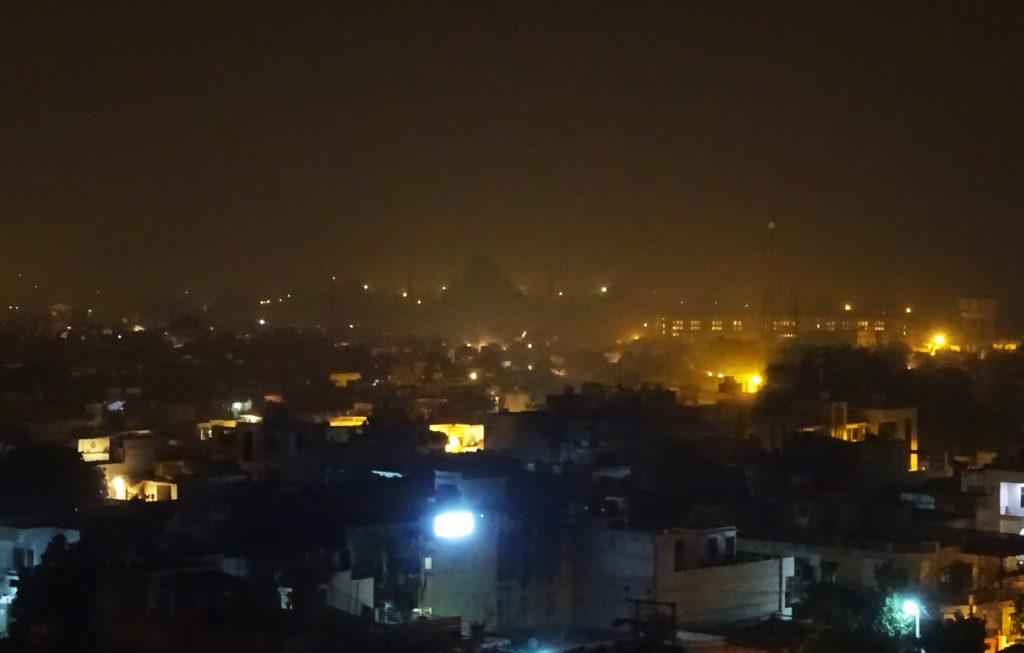 One thought on “Waking Up To The Taj Mahal”