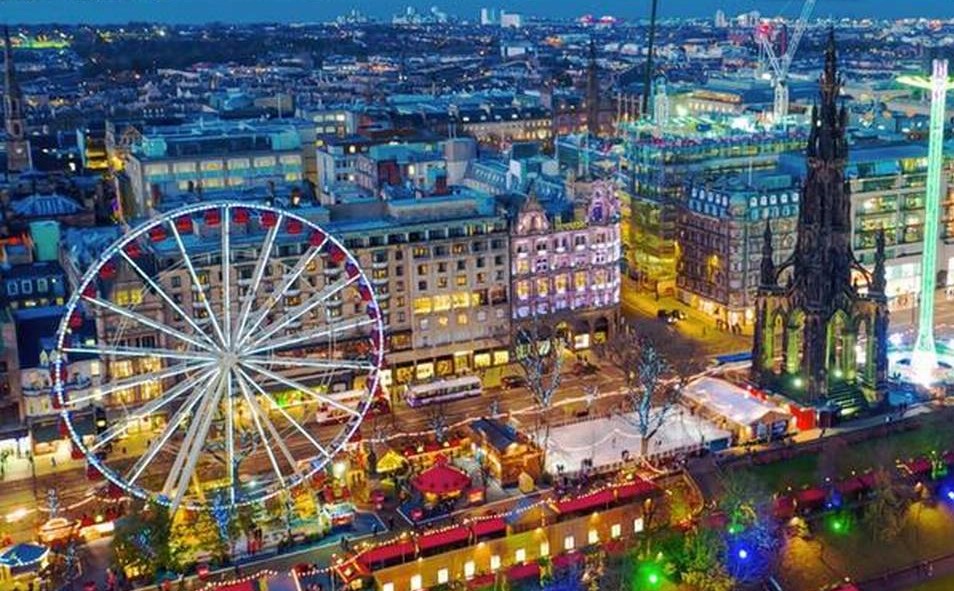 It’s 4 pm on a cold, overcast December afternoon. The sun might have set but the night glitters with lights on every tree. At the Christmas market on Berwick Street in Soho, London, couples walk hand-in-hand with matching woolly hats on, babies are wrapped cosy in pushchairs, kids run from tent to tent in bright raincoats and wellies. The air smells like rain and cinnamon — sweet, homely, welcoming. The bauble-decoration booth is packed with children competing over who can get more glitter on their bauble. A family-run stall sells home-made cheese, beside one steamy with mulled wine.

The earliest-known Christmas market is said to have been held in Vienna in the 13th Century. It started off as a way for people to trade meat and stock up for winter. The modern open-air markets, as we know them now, are believed to have evolved from a market in Saxony, Germany in the 14th Century. They gradually began selling decorative items and then added on entertainment.

Going to a Christmas market is a festive tradition for many families in the UK, and yet, the country had its first market only in 1982, in the city of Lincoln. What started with 11 stalls now has well over 200, selling German wooden toys, lanterns, wines, sweets and cheeses, with the aroma of bratwurst and spiced gluhwein filling the air. About 2,50,000 people visit the charming Lincoln Castle and Cathedral Grounds.

Other cities followed suit, and the UK now hosts over 100 markets around the country. Among the most popular are the ones in Bath, Manchester, London, Birmingham, Brighton, Belfast, Edinburgh.

In 2017, Edinburgh’s Christmas Market generated £113.2 million, making it one of the most beneficial single annual events in the city. Footfalls to its three main sites was counted at 4.6 million. A record-breaking 7,71,007 tickets were purchased for rides, attractions and shows, an increase of 11.6% from 2016.

Charlie Wood, who along with Ed Bartlam started Underbelly, the enterprise that produces Edinburgh’s Christmas on behalf of the City of Edinburgh Council, says, “We’re very proud that Edinburgh’s Christmas is now firmly on the map as a global winter destination. It’s great to see residents also enjoy its attractions.” He adds, “This year, we’re adding Silent Light, a new attraction which will raise funds for Edinburgh’s OneCity Trust, dedicated to fighting inequality and exclusion.” 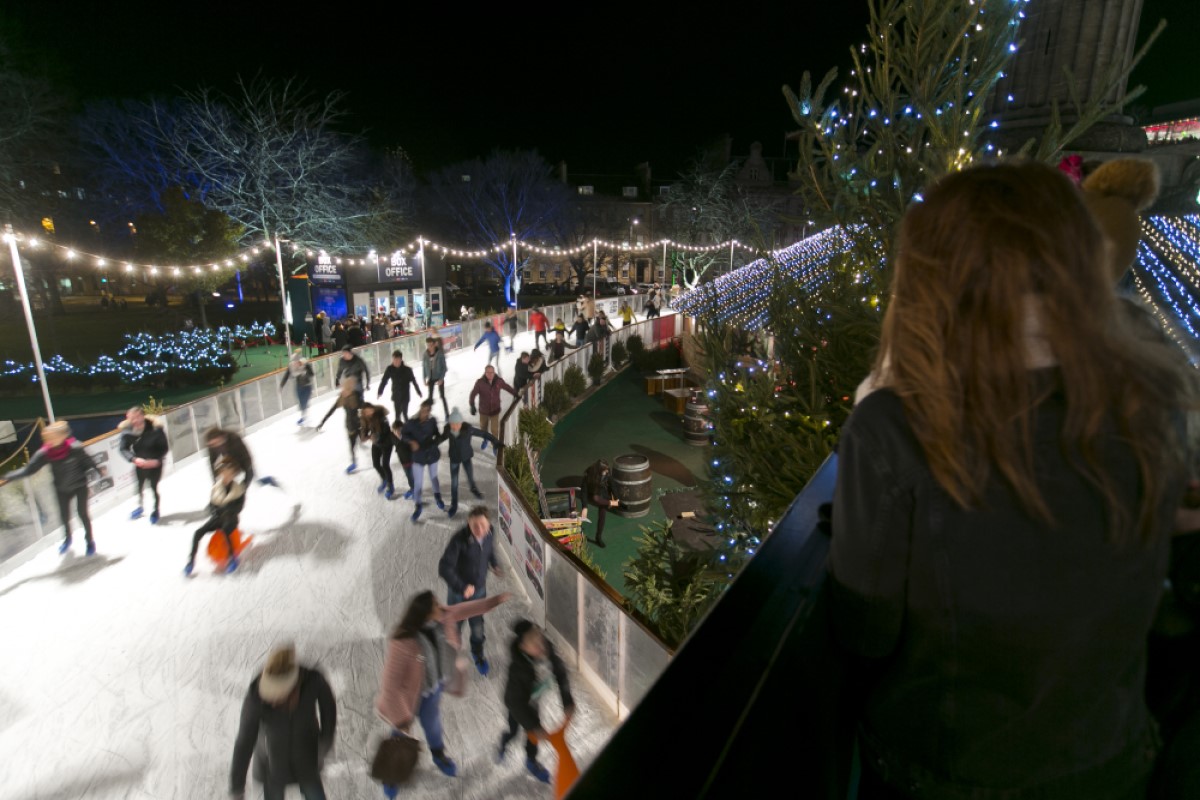 Ranked among the top 10 in the world, in the Czech Republic, the Prague Market at Old Town Square sells traditional Christmas items like wreaths, candles, wooden toys and Czech crocheted blankets.

“But the best-selling items are probably Czech cured wine and sausages, along with glass-blown decorations,” says Hana Tietze, spokesperson for Taiko, organisers of the markets. “Visitors from Germany, Russia, Poland, China and Spain come to take in the beautiful scenery here.”

The Tivoli Gardens in Copenhagen, Denmark just celebrated its 175th anniversary. Since 1994, Christmas in Tivoli has been envisioned to be a sensory treat for children and adults alike. Ellen Dahl from the Tivoli Press Office says, “We had 1.7 million visitors last year over the seven weeks of Christmas. This year, we have 1 million light points, 70,000 baubles, 50,000 roast pork sandwiches, and 12,000 hyacinths! People love Glögg, which is our hot, spiced red wine, and Aebleskiver — ball-shaped pancakes which Danes eat at Christmas time.”

The old station building and carriages have been converted into charming markets alongside steam-train and elf-train rides for children. Walking through the gardens is a true pleasure — beautiful decorations everywhere, aromas of wine, pastry and roasts wafting through the air, warming hot chocolate and marshmallows, parades and entertainment. 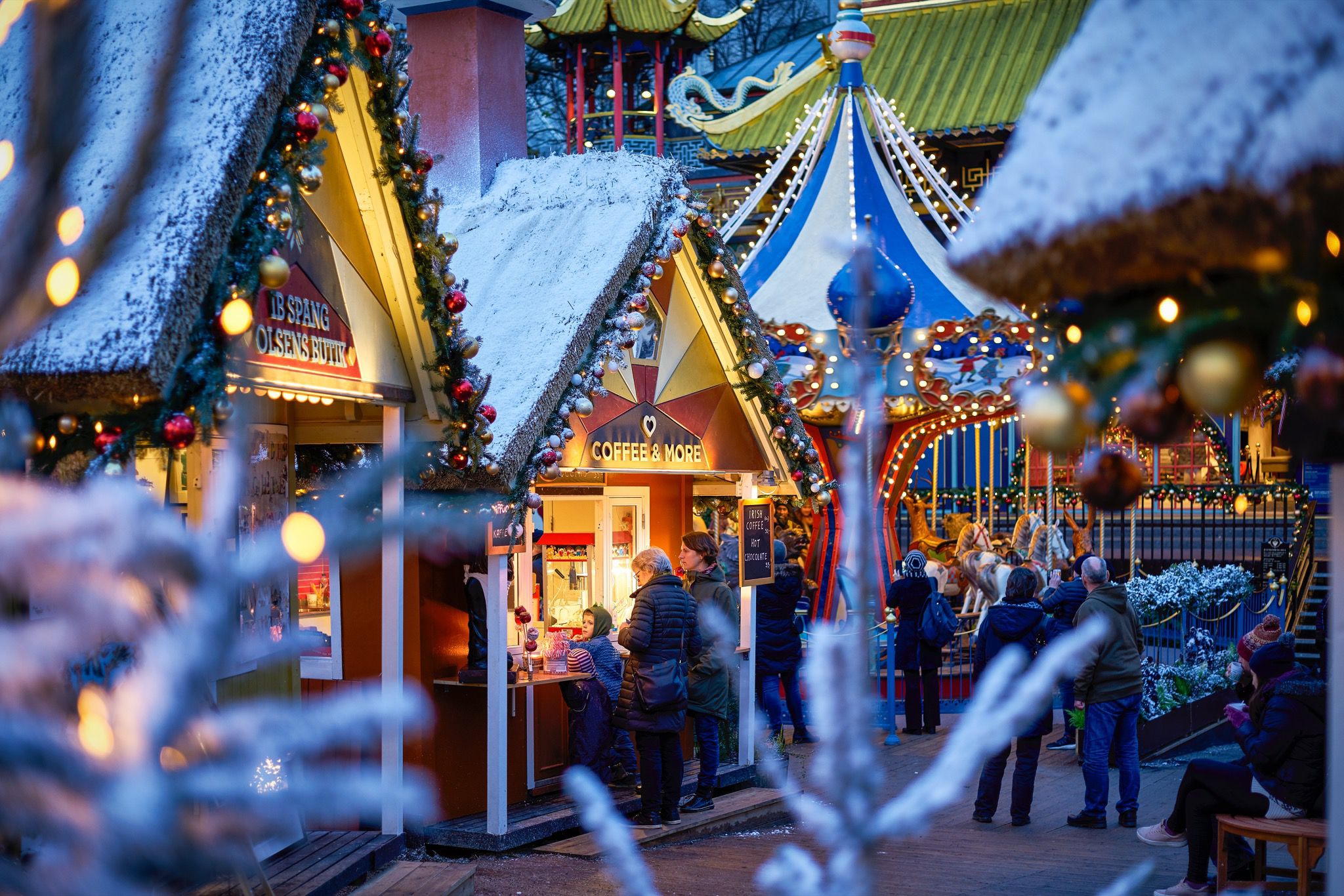 For those seeking more offbeat experiences, the Fira de Santa Llúcia, the oldest Christmas market in Barcelona, sells a collection of odd figurines, including Catalan character Caga Tió. It also sells flowers and plants, and puts the focus on nativity figures — with workshops, contests, and extravagant displays of nativity scenes. The Licques Christmas Market near Calais, France, is known for its unique Turkey Parade, a procession of hundreds of turkeys marching through the streets!

Who says it needs to be a white Christmas? Singapore’s Christmas Wonderland at Gardens by the Bay is now in its fifth edition, and boasts magic shows, Santa’s grotto, Asia’s tallest luminarie Christmas Tree, and fake snow.

In San Francisco, you can grab a cone of freshly roasted chestnuts at The Great Dickens Christmas Fair, which takes you to Dickens’ London Town. Expect colourful characters from literature and history and musical cries of street vendors.

The organisers of these markets are increasingly cognisant of changing demands. The largest market in Prague is eco-friendly this year, with stalls allowed to serve food only in 100% compostable organic plates. London hosts several fair-trade pop-ups, selling recycled, upcycled, natural and handmade fair-trade goods.

“It’s great to see brands and markets catching up to our expectations,” says Holly Atlanta, a millennial shopper. “Yes to recycled paper, experience-gifting, and tying up with charities at Christmas!” 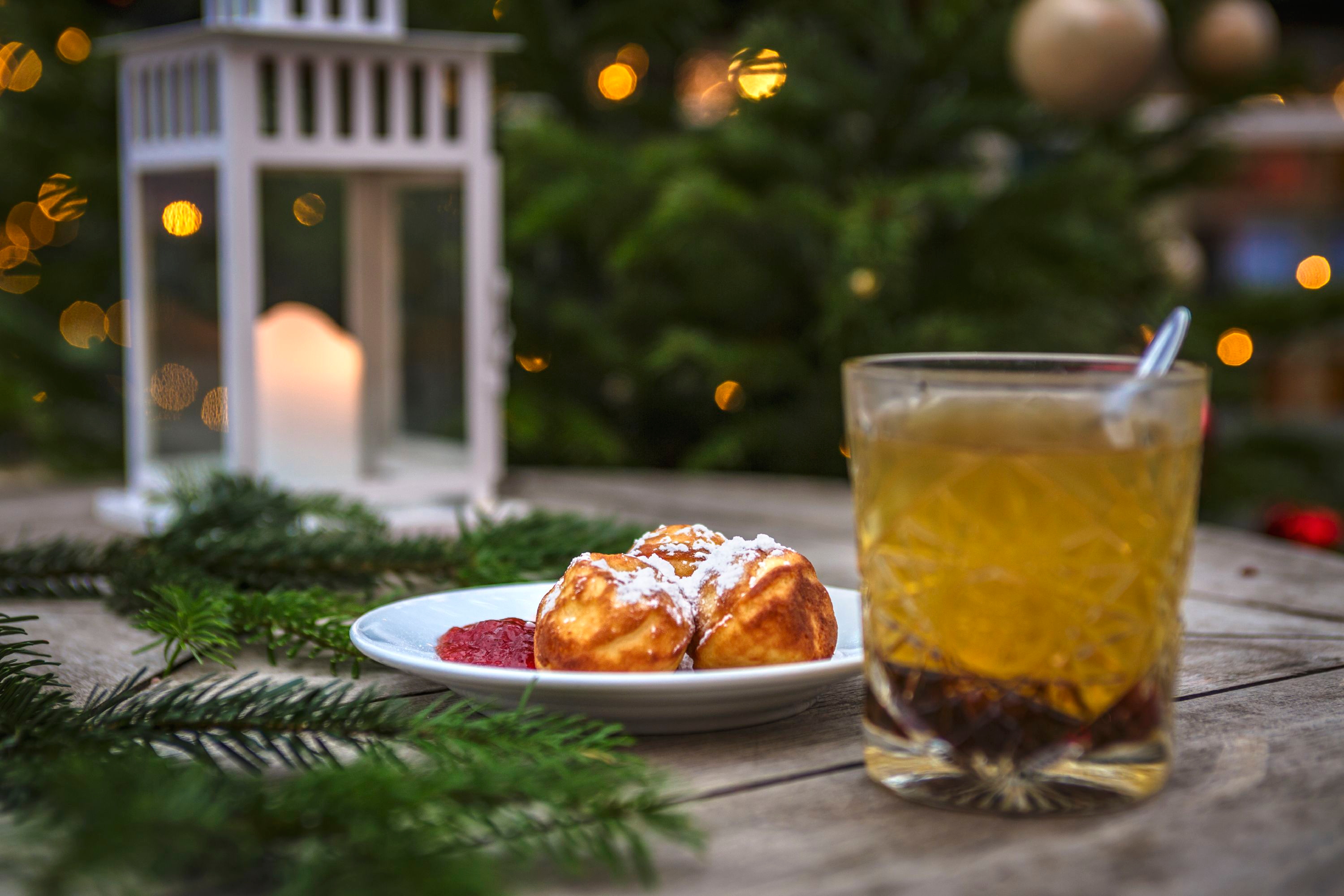 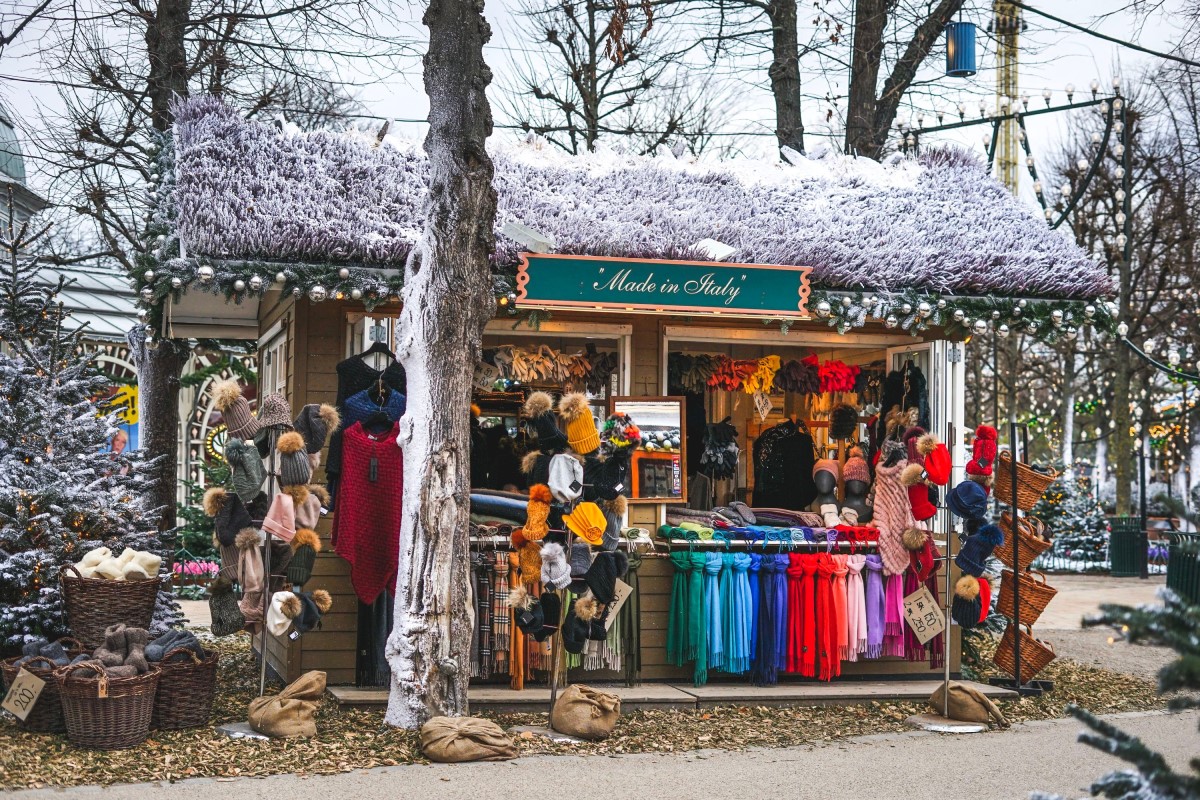