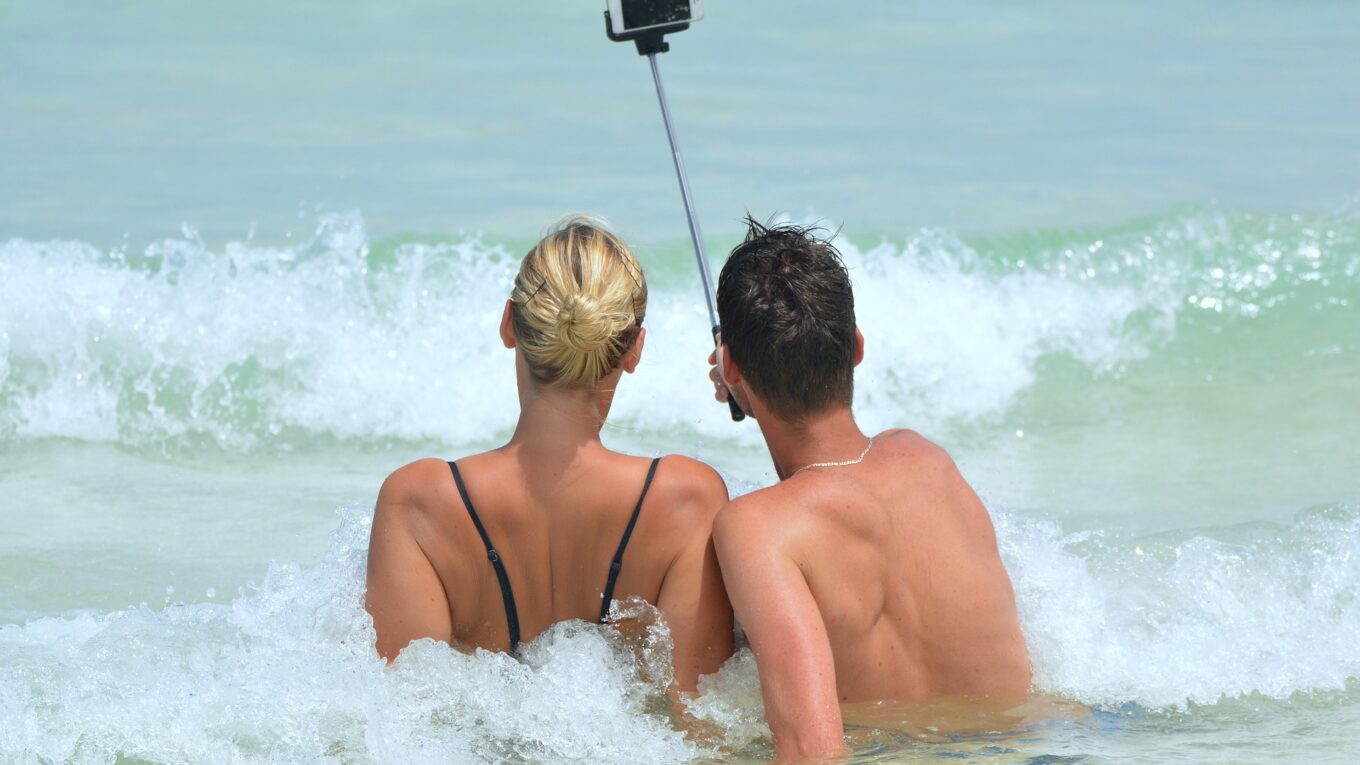 On a crisp April afternoon, Hyde Park is a vivid green brushed with bright yellow daffodils. The trees are bursting with life, displaying a dazzling array of spring hues. The ducks and swans float by the banks of the lake in hopes of being tossed those forbidden breadcrumbs.

A leisurely stroll through the park is an easy way to stop and appreciate life’s simple pleasures. Pleasures that to some seem impossible to pursue, without first taking a selfie. Dopamine-hungry tourists have their backs to the lake, phones hovering for that perfect composition of duck and duck-face.

Selfies are undeniably a great way to capture fun moments from travels. The trouble arises when they begin to endanger safety. In recent years, over 250 people have died around the globe while trying to click one, with the highest occurrences in India.

So what gives? What causes people to put their lives in danger for that one Instagram-worthy picture? In 2014, New York State Assemblywoman Linda B Rosenthal found herself asking the same question. She went on to initiate the bill banning selfies with big cats like tigers in the State of New York. “I never got an answer adequate to understand why people would want selfies with big wild cats. I guess, many people want to appear ‘brave’, like they’ve ‘tamed the wild beast’ or that they’re ‘adventurous’. Honestly, I still don’t get it. It’s just weird and knowing that it supports animal abuse also makes it cruel,” she says.

When Deepak Gandhi witnessed two young men attempting to take selfies while riding a motorbike in Mumbai, he decided to do something about it. In 2015, he launched selfietodiefor.org, a forum where people could learn about the dangers of daredevil selfies and take a pledge to be safe. “Selfies are fun! We need to let them be just that, and not become a cause for mourning,” says Gandhi. 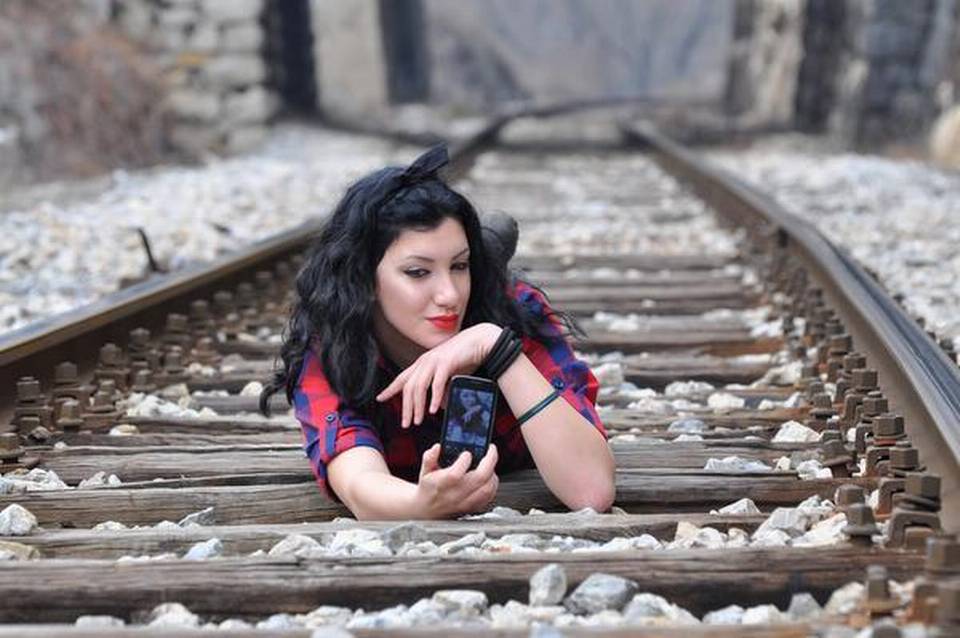 Selfie-related injuries and fatalities occurring from falling, drowning, getting hit by vehicles, and being attacked by animals have become a grave enough concern for governments to intervene. Earlier this year, the Ministry of Tourism in India advised all State Governments and Union Territory administrations to identify and declare no-selfie zones, in an effort to prevent accidents.

Some States have had measures in place for a while. In 2016, Mumbai police declared no-selfie zones along the ocean-front; Goa followed suit. “Over 2017-2018, we had a few incidents where tourists were hurt while taking selfies in unsafe zones. To counter this, Drishti Marine, a lifeguard agency, was tasked with identifying no-selfie zones, and worked with us to find solutions. We have declared 24 such spots that have warning signs and information,” says Sanjiv Gadkar, Director of Tourism, Goa.

The number of railway-related incidents is also worryingly high, where selfie-seekers paid the ultimate price with their lives. Over the last few years, the Railway Protection Force has announced fines on reckless selfies in various parts of India.

In 2015, the Russian government launched an awareness campaign, informing citizens and tourists of the hazards of snapping pictures in dangerous situations — like when in proximity of a wild animal, in front of an oncoming train, or while enjoying a boat ride.

In Spain, even an attempt to take a selfie at the annual bull-run event in Pamplona, is bulldozed with a hefty fine of up to €3,000.

While there is little that’s more hedonistic, it is important to remember that while travelling, selfies are not just about you. Linda’s mission with her legislation was clear. “Any photograph with wild animals is dangerous, both for the animal and the individual posing for the photo. Roadside zoos that offer photographs with wild cats or other wild animals abuse the animals. Anyone who pays to take a photograph with one of the animals unwittingly supports the abuse that goes on there. In addition, these are dangerous wild animals. Even though they are often drugged into submission, they are still wild animals that can and have snapped on unsuspecting people,” she says. In 2016, a visitor to a wildlife park in China was attacked and drowned by a walrus after taking selfies with it. A zookeeper died trying to save him. 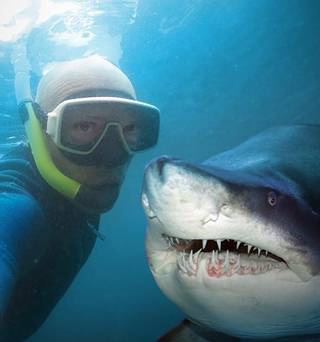 Many tourist destinations around the globe have banned selfie-sticks with the primary objective of keeping the experience pure. Travellers on trains in Western Japan can forget about packing their selfie-sticks, which are prohibited in well over 1,000 railway stations operated by the company JR-West. They even host an animated video on their website, explaining the dangers these sticks pose to travellers and trains.

Disney, for example, prohibits them across many locations for both experiential and safety reasons. Many museums forbid them, including the National Gallery in London, whose focus is on protecting the priceless paintings and allowing people to truly absorb the art.

However, some destinations have dedicated selfie zones, like the Van Gogh Museum in Amsterdam.

“In 2013, the museum did a test that allowed photographyin the galleries. We received a lot of complaints from our visitors who explained that they found it unpleasant when other people were taking photographs all the time. This is why since 2014, we have changed our policy. We have placed blow-ups of iconic works by Van Gogh in a number of places where people can pose and take photographs!” said a spokesperson from the press office of the museum.

“Sometimes, selfie-takers annoy me; I feel they detract from my experience. I wonder if they detract from their own too. The saying goes: ‘Take nothing but pictures, leave nothing but footprints.’ But I think I get more out of travel by not taking pictures at all, maybe you would too,” says Alex Cutbill, millennial traveller and freelance education consultant.