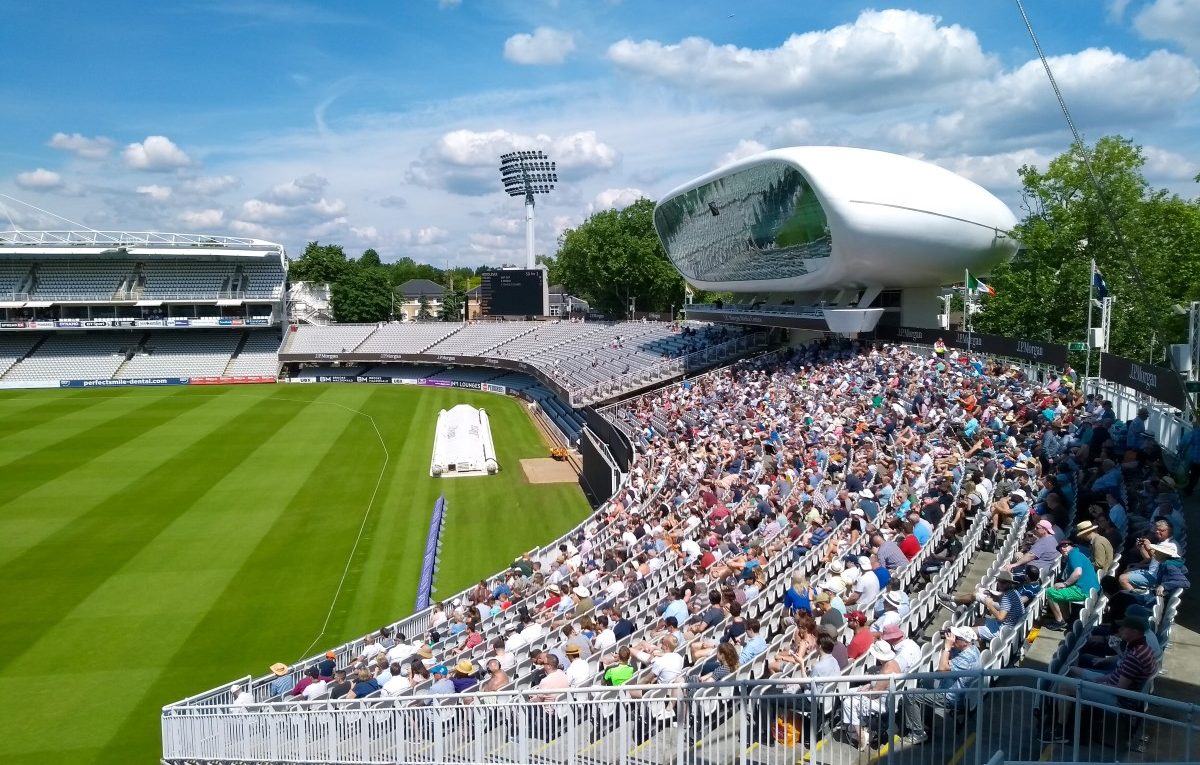 A version of this article was published in the Metro Plus, The Hindu.

I struggle to describe the look my friend gave me upon learning that I’d never been to a cricket match before. It was a mix of confusion, disappointment, and a considerable amount of pity. “You haven’t lived.”

Thanks to his childhood mate, an ardent member of the East India Club (an exclusive gentlemen-only club founded in the 19th Century), we were watching Surrey vs Middlesex. Live, from Debenture seats at Lord’s. The Home of Cricket, the very spot where India lifted its first World Cup. With the capacity to pack 28,000 people, the sloping Lord’s ground is impressive. And on a rare British sunny day, positively dazzling. 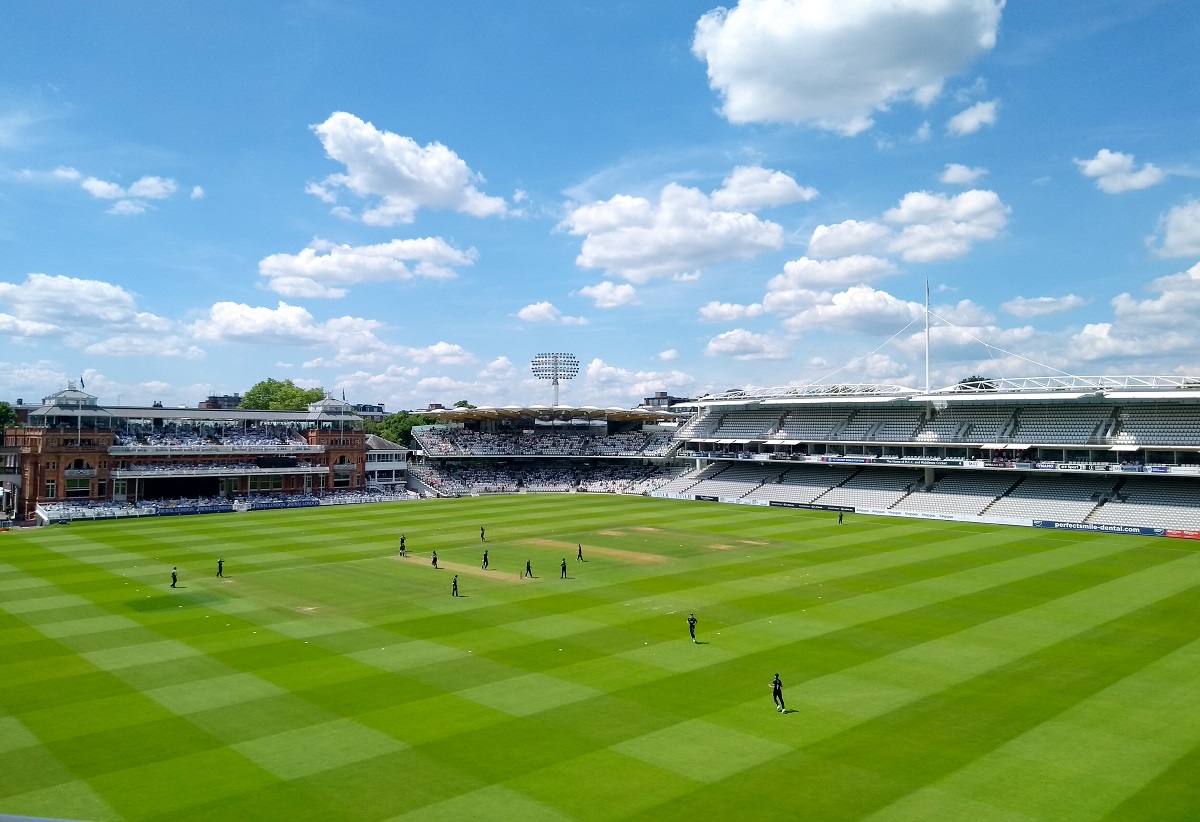 I’d been sent a link to the attire requirements on the eve of the match and had to stow away my tracksuit to be debuted another time. The Debenture, Box and Pavilion seats require guests to follow a strict dress code – no shorts, flipflops, T-shirts, midriffs, or fancy dress. The Lord’s website announces loud and clear, their right to refuse entry to anyone in unacceptable clothing.

A bit of a nervous wreck and half-certain I was going to get kicked out, imagine my surprise when only a few feet below us people lounged around in nothing but their shorts, slathered in sun-cream, making the most of a glorious summer’s day – now that’s a Sunday done right! 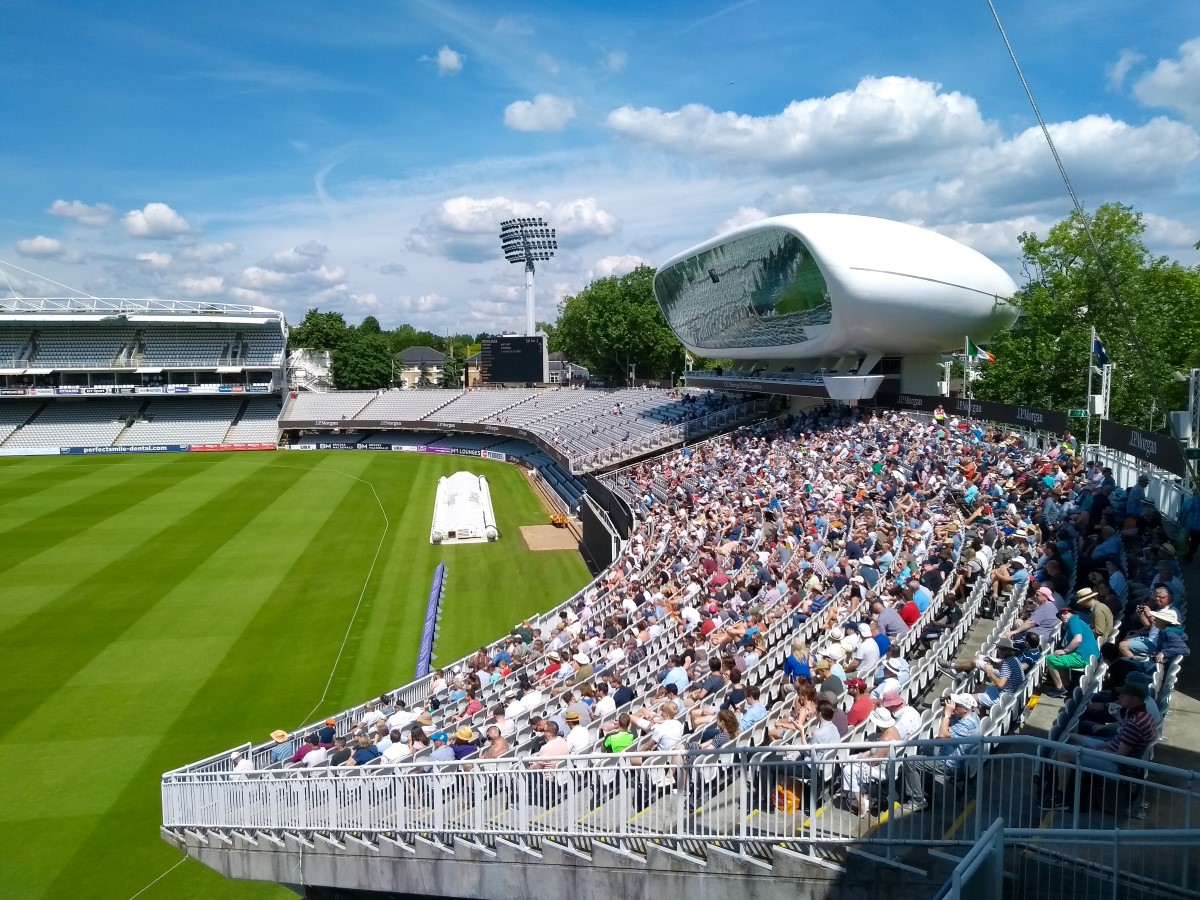 Watching a cricket match at Lord’s is more about the experience of being in a stadium and the palpable energy around you, than about the game itself.

“It is the only international cricket venue in the world that lets you bring your own wine,” my friend said. A brilliant excuse to start off on a sparkling Chapel Down brought in the cool bag, followed very quickly by the dry, fruity L’Oiseau d’Or Muscadet Sur Lie. 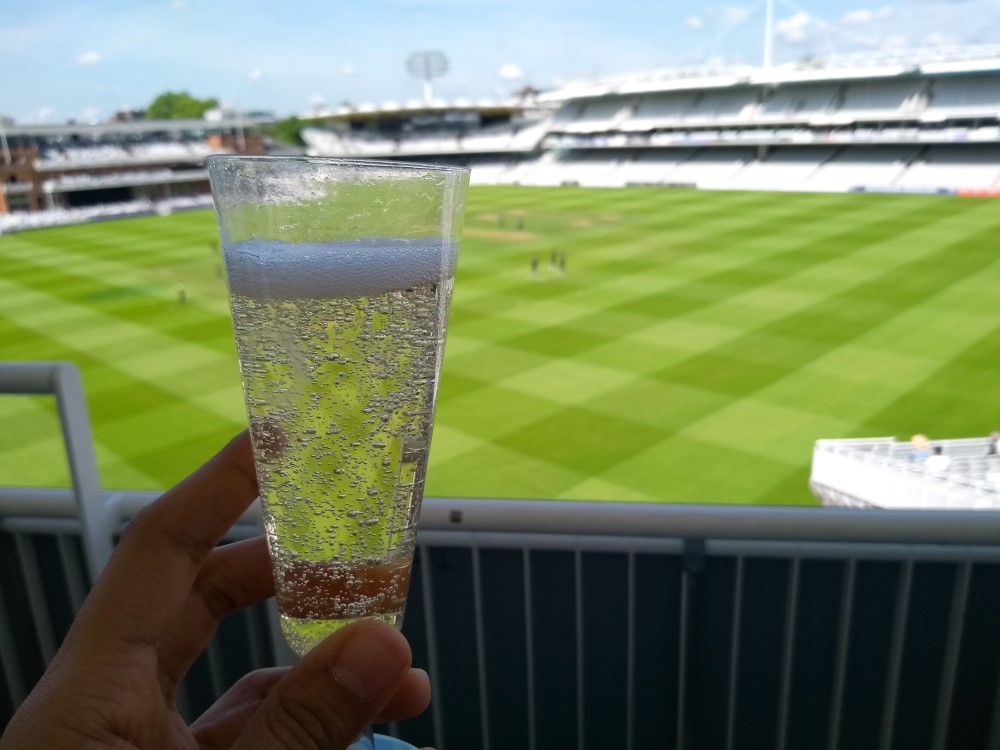 8 hours may seem a lot to the cricket rookie, but it whizzes by when you have a cold picnic of olives, cheese and crackers, sausage rolls, homemade curry-filled milk buns, strawberries, short bread, and cake to keep you company. Let’s not forget not-so-discreet binoculars for celeb-spotting!

For those whose travels feel incomplete without a visit to a museum, Lord’s houses the MCC (Marylebone Cricket Club) Museum – one of the oldest sporting museums in the world. For £5, you can read all about cricket in the good ol’ days of war and colonialism, gawk at the original Ashes Urn, see the unbelievable women’s uniforms, and spend time admiring cricket memorabilia. 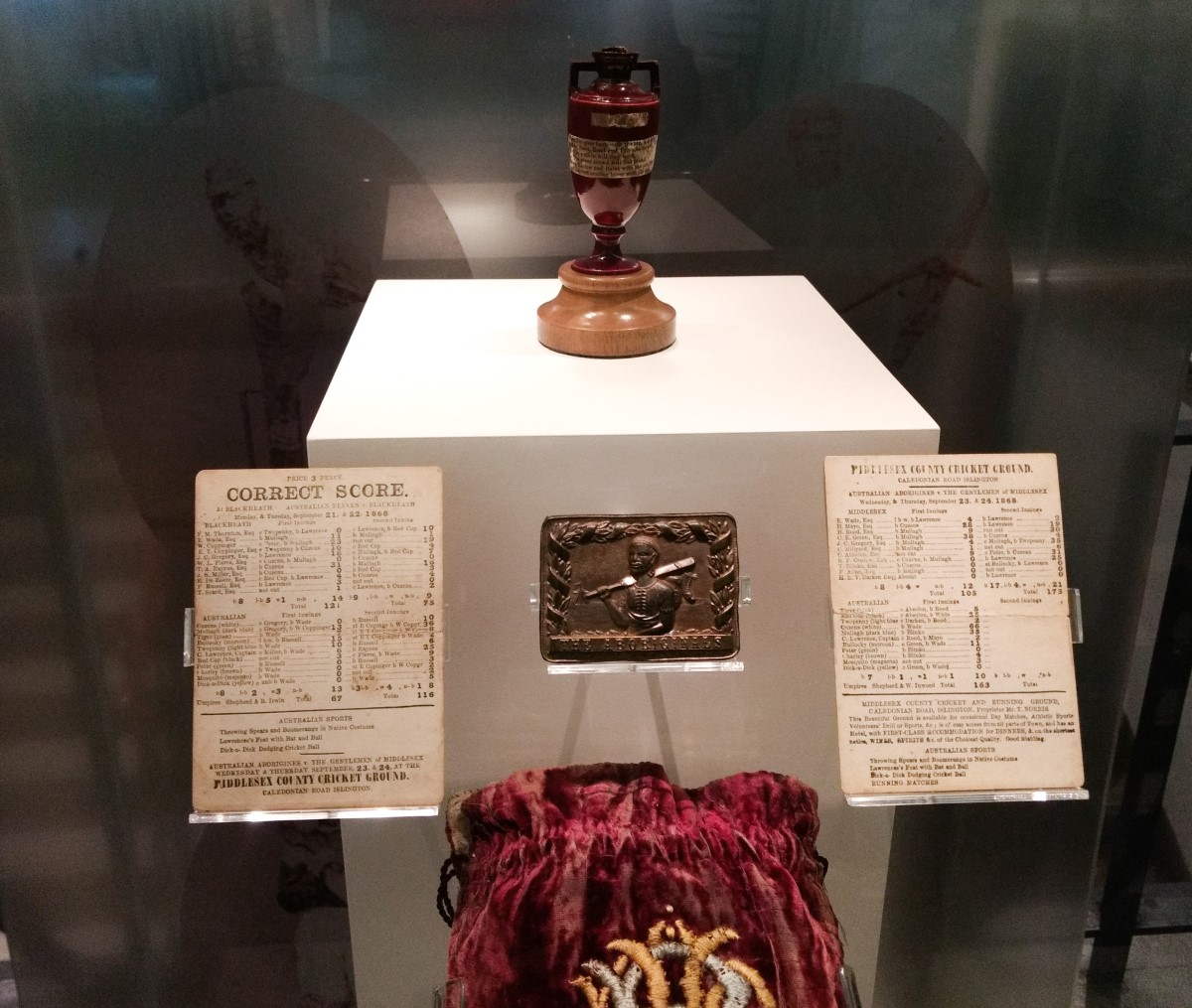 Every worthwhile experience in the UK comes with mandatory afternoon tea. Pre-book a table at the Long Room within the Pavilion, to complement your cricket-watching with a spot of Earl Grey served in the finest china, for £49. Upgrade to a champagne-tea for an additional £10. If it is a thorough tour of the grounds you desire, the Lord’s tours priced at £24 will satiate your every cricket-titbit craving. 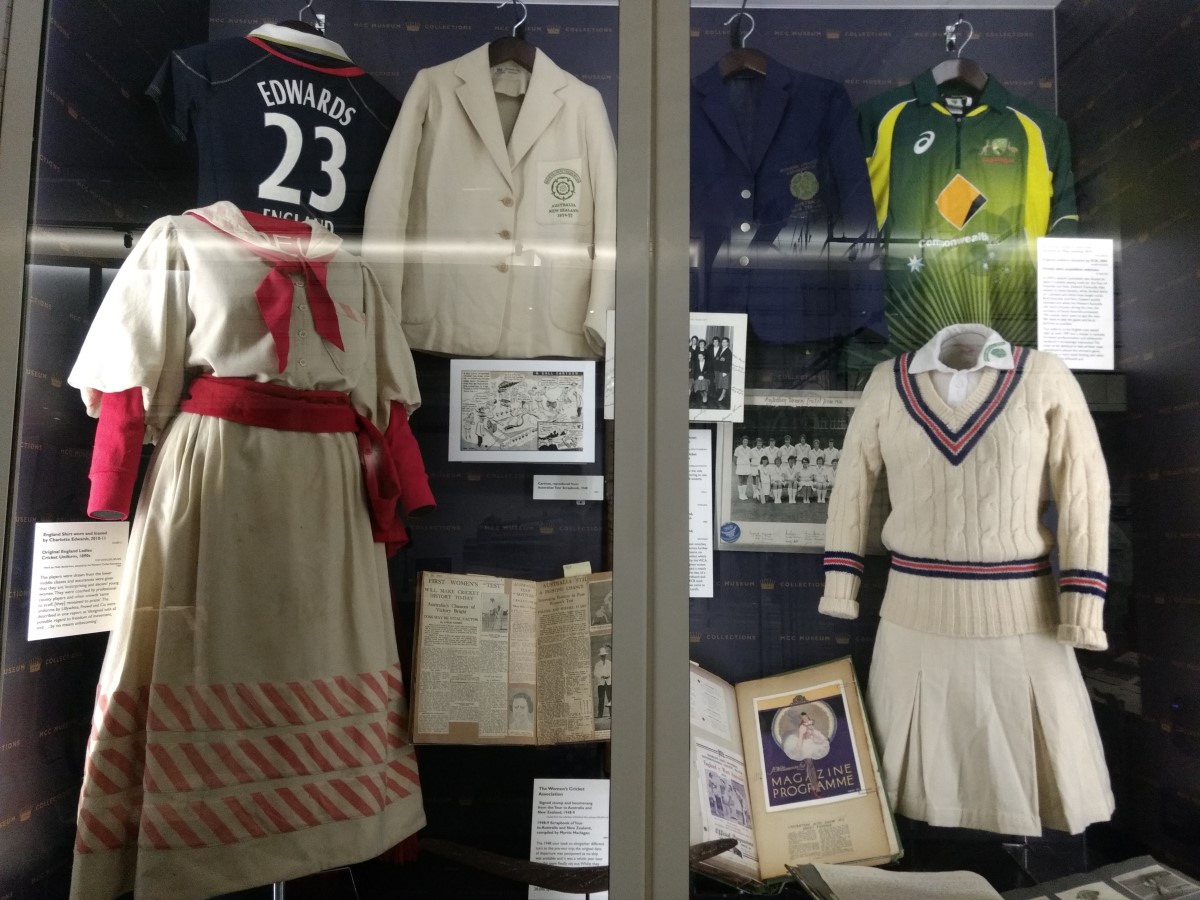 There is no parking at Lord’s, so the best way to get there is to walk the 1.4 kilometres from Baker Street station. Close by attractions include Regent’s Park, ZSL London Zoo, Madam Tussauds, and the Sherlock Holmes museum at 221B Baker Street.

The Oval: A London cricket ground with several firsts to its credit – the first test match in England, the first ever international football match, and the first FA cup final.

Edgbaston: Reputed to be the loudest ground in England, the crowds at Edgbaston, Birmingham know how to party. Indian won the ICC Champions Trophy here in 2013.

Arundel Castle: Travel back in time to the early days of cricket, as you take in the picturesque grounds in West Sussex, and follow it up with a tour of the Arundel Castle for £20.

Old Trafford: Located in Greater Manchester, Old Trafford was where Tendulkar scored his first century playing against England. The ground played host to the One Love Manchester concert in 2017.

2 thoughts on “For Lord’s Sake, No Feet Please!”